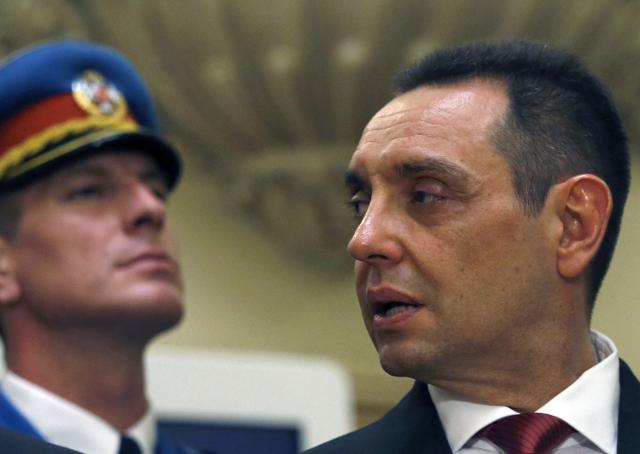 The paper carried an AP report, published under the headline "Serbian defense minister praises convicted war criminal" - that said Vulin praised a convicted war criminal for his role in the defense against "NATO's 1999 intervention in Kosovo" saying that his country "no longer has to be ashamed of a bloody crackdown against ethnic Albanian separatists."

The report concerns the statements made during a gathering of former VJ Third Army Corps commanders, who served during the NATO aggression against Serbia (Federal Republic of Yugoslavia) in 1999, held recently in the southern town of Nis in the presence of Vulin, and the secretary general of the Serbian president, Nikola Selakovic.

In attendance was also the last commander of the Third Army, Vladimir Lazarevic, whom the Hague Tribunal has found guilty of crimes committed against Kosovo Albanians, and sentenced to 15 years in prison.

Addressing the gathering, Vulin said that Serbia did nothing to cause the NATO aggression, and that its soldiers and people can only be proud of their role during all these years, and of "the people in Nis today."

"There's reason to mark and recognize the Third Army, General Lazarevic, and all those who are no longer with us, or are some place far away, as the best among the best. As the bravest among the brave," Vulin said.

AP said it its report that the remarks "illustrate Serbia's increasing defiance of the West" - and described the country as formally seeking European Union membership but at the same time edging closer to longtime Slavic ally Russia.

Vulin has recently been in the news in Serbia over an apartment he bought in Belgrade, a purchase which the KRIK website said was controversial.