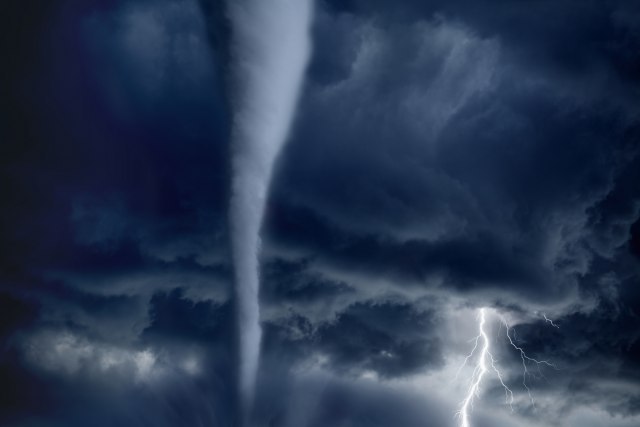 Climatologists have been warning about these extremes for months due to climate change, but the question also arises as to whether all these extremes are common for June.

The index states that a new field of climate science emerged in the early 2000s, which began to investigate the human impact on the occurrence of extreme weather conditions, such as floods, heat, droughts and storms.

To date, scientists in the area have published more than 350 studies that have analyzed weather extremes around the world, from heatwaves in Sweden and droughts in South Africa to floods in Bangladesh and hurricanes in the Caribbean. The result is growing evidence that human activities increase the risk of some types of extreme weather events, especially those associated with heat.

For these purposes, the scientists made an interactive map on which they recorded all the extreme phenomena, and then they made an analysis and made several conclusions:

- it has been determined that 70 percent of the 405 extreme weather events and trends covered by the map are more frequent or severe due to human-caused climate change - 9 percent of events or trends have become less likely or less serious due to climate change - it follows that humans have affected 79% of all climate events in which some changes have taken place; the remaining 21% of events and trends did not show noticeable human impact or were unconvincing

- Of the 122 studies that studied extreme heat around the world, 92% found that climate change made them more likely or more serious.

- out of 81 studies dealing with rain or floods, 58% found that human activity made events more likely or more difficult; of the 69 drought surveys, 65% confirmed human impact.

The map shows 405 extreme weather events and trends around the world for which scientists have conducted attribution studies.

On that map above the territory of Serbia, there is not a single warning sign, that is, the prediction of climatologists is that our country is not threatened by weather extremes.