Johnson and NATO "Musketeers": "One for all and all for one"

NATO leaders have tried to alleviate disagreements, saying they remain united on security issues and determined to defend each other despite the controversies 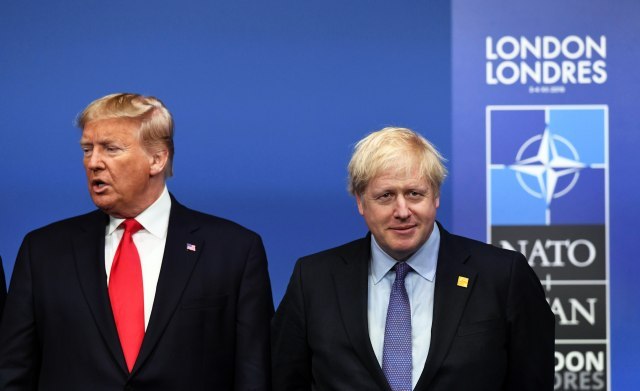 British Prime Minister Boris Johnson has taken this position at the NATO summit held at a luxury hotel in Watford, near London.

"Clearly it is very important that the alliance stays together, but there is far, far more that unites us than divides us", Johnson said.

AP reports that Johnson pointed out that NATO success lies in "the essential principle enshrined in Article 5 of the North Atlantic Treaty - that if any one of us is attacked, all of us will go to their defense. If NATO has a motto, it is, 'one for all, and all for one'."

The leaders of the 29 transatlantic members meet for a half-day session.

📷An official photograph of
Her Majesty The Queen, The Prince of Wales, NATO Secretary General and
Heads of State and Government from countries who form the North Atlantic Treaty Organisation. pic.twitter.com/DMQp3wGQ6m

They should issue a declaration highlighting their commitment to NATO at a time when the Alliance is celebrating its 70th anniversary and show that NATO is adapting to modern threats and potentially new adversaries such as China.

Macron said NATO needed a wake-up call and complained about the lack of U.S. leadership.