US State Secretary Mike Pompeo has called on the three-member Presidency of Bosnia-Herzegovina to accept the national annual cooperation program with NATO. 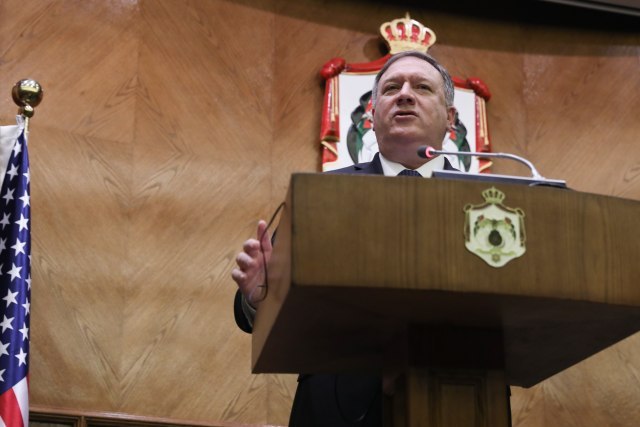 He stressed that there was "no reason for concern that this could have an impact on relations with neighbors because Serbia, although not a NATO member, has significant cooperation with the alliance."

Tanjug reported on Wednesday, citing Sarajevo-based BHRT, that Pompeo sent a letter to members of the Presidency and invited them to accept the annual program, which NATO has made possible by the recent decision regarding the NATO Membership Action Plan (MAP).

He said that Bosnia-Herzegovina's approach to NATO was clearly emphasized in the current BiH Foreign Policy Strategy, and that he understands there is concern within the BiH Presidency that a higher level of cooperation with the alliance could have an impact on relations with its neighbors, the Klix website reported.

He also pointed out that Serbia, although not a NATO member, has significant cooperation with the alliance, including joint exercises to increase the level of interoperability between the army of Serbia and NATO members - "and therefore there is no reason for BiH not to establish similar relations with it."

"This move will not prejudge future NATO membership, but will have a positive impact on the transformation and modernization of the Armed Forces. This step will also improve security in BiH and strengthen the reform process that is already a part of an attempt to give Bosnia-Herzegovina candidate status in (membership) negotiations with the EU. Therefore, I urge you to continue the activities undertaken by the previous Bosnia-Herzegovina authorities and take advantage of the process of adopting the national annual program," Pompeo is quoted as saying.