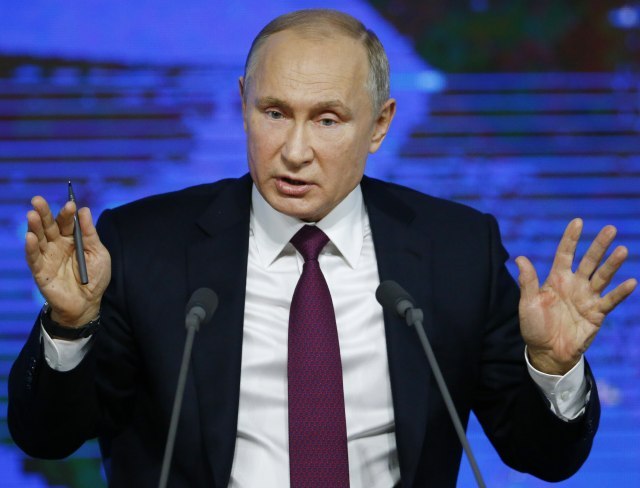 "I don't know what that is about. The US have been withdrawing from Afghanistan every year - for 17 years now. So far no withdrawal of troops has been noted," Putin said during his annual end-of-year news conference.

"Is the presence of US troops necessary there (in Syria)? No, it is not. Let us not forget that the presence of US troops in Syria is not legitimate, that it has no UN Security Council resolution to hinge on. In the meantime, a military contingent can stay there only under a UN resolution or at the invitation of Syria’s legitimate government. We are in Syria at the government's invitation," TASS quoted the president as saying.

"The United States has neither. If it is true that it has made a decision to pull out its military contingent, it is correct," Putin said.

"As for the victory over the Islamic State, I agree with the US president by and large. We've achieved considerable changes in the struggle against terrorism in that area and dealt severe blows to the Islamic State in Syria," he said, adding:

"There is a danger that (terrorist) and groups akin to them could spill over to neighboring regions, such as Afghanistan, and also to other countries, including their origin. That is a major threat for all of us."