A warning has been sent to more than 48 million people: "Hell" on earth

Dangerously high temperatures in the southwestern United States will be even higher this week and will exceed 49 degrees Celsius in some areas. 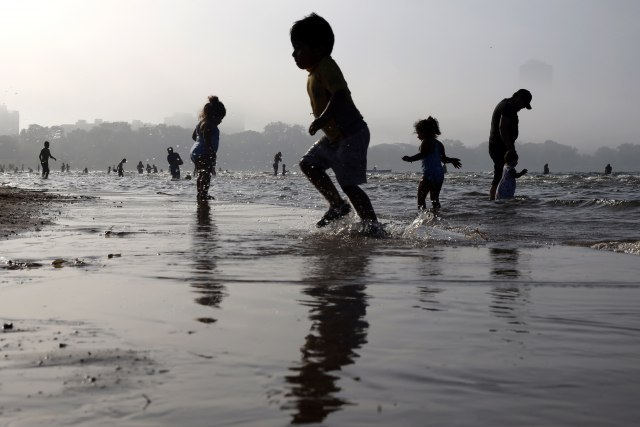 Extreme heat will be felt in most of the state of Utah, as well as in southern and central California, then Nevada and Arizona, the "Guardian" announced today. The National Weather Service (NWS) has sent a warning to more than 48 million people in the western United States about the upcoming heat, and it is predicted that heat records may be broken in Nevada and Arizona, which means hundreds of cities.

"This heat rush is unusual for June," said meteorologist Julie Malingowski of NWS, adding that, throughout history, the highest temperatures have been recorded in July and August.

Doctors working in burn centers in the American states of Arizona and Nevada, warn of the danger of foot injuries when in contact with overheated sidewalks and other surfaces, while the first extremely hot wave of this year is spreading to the western United States. The high-pressure system in Las Vegas and Phoenix is expected to push the air temperature above 46 degrees Celsius this week. Heat warnings also apply to the valleys of California and reach all the way to Montana and Wyoming in the north, where 43 degrees Celsius are expected today, and the highest temperature records there will be broken there.

In the southwestern United States, the problem of burns from hot asphalt, sidewalks, and even sand is growing as temperatures rise due to climate change and increasing urbanization. This is shown in the emergency services such as in Phoenix.

The Arizona Burn Center, where director Kevin Foster said that in June, July and August 2020, 104 people were admitted with severe burns due to contact with hot surfaces. Seven people died. "It doesn't take long to get a full-thickness, or third-degree burn on a hot road," Foster told reporters Thursday. "A hot sidewalk or asphalt at two o'clock in the afternoon in the sun is usually somewhere around 75 to 80 degrees." At the Lions Burn Care Center at the University Medical Center of Las Vegas, hot pavement injuries are so common that staff call the summer months "sidewalk burn season," said Syed Saquib, the center's medical director.

Babies and toddlers are especially susceptible, because burns are easier on their skin and they cannot move quickly from a hot surface. Concrete by the pool can also cause burns.