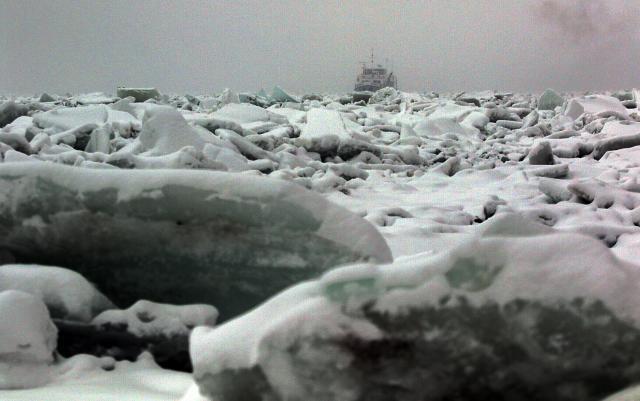 According to Maric, two more icebreakers will arrive in Serbia, to reopen the river to navigation all the way to Belgrade.

He told state broadcaster RTS that two Hungarian icebreakers worked until late on Wednesday and would continue today, helped by a drone that will be used to observe the area and coordinate the vessels.

Maric said that the whether will be unfavorable with low temperatures until January 23, that will result in more ice forming on the river.

Serbia's own two icebreakers - the Greben and the Bor - are deployed downstream from Belgrade, defending the hydro-power plant Djerdap (Iron Gate).

According to Maric, "it's been a long time since Serbia has had ice this thick on its rivers." He added that "this should serve a lesson - Agriculture Minister Bratislav Nedimovic is serious in his intention for something to change there."

Maric also said that an emergency situation due to the cold weather and snow is still in force in six municipalities, and that ten people had been evacuated over the previous 24 hours.

Asked about "the firefighters' equipment," Maric said that procurement procedure for new equipment for firefighters-rescuers was started "three days ago," and that "soon a capital project to buy firetrucks will be launched."