Communal policeman G.B. has been questioned after Ljiljana Marinkovic accused him of being responsible for the death of her husband Vladan. 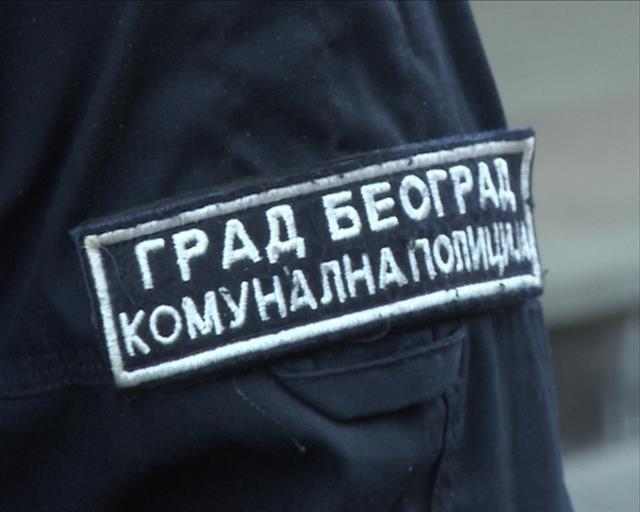 Daily Vecernje Novosti writes on Friday that the order came from the Higher Public Prosecution in Belgrade.

Vladan Marinkovic, a watermelon vendor, died on Wednesday after collapsing at the green market in the Vidikovac district of the capital city.

The Interior Ministry (MUP) said that the communal policeman was questioned "only a citizen for the time being, (regarding) the circumstances that unfolded on Wednesday at the green market."

"The communal policeman claims that he did not overstep his authority, but instead acted according to the law," the MUP said.

On Wednesday, the Communal Police of Belgrade issued a statement, saying that "an illegal vendor died after he was suddenly taken ill as he was asked to show his ID." They added that "the said person" previously refused to provide his ID, and that regular police were called in for this reason.

The Communal Police also stated that their officers "did not overstep their authority" but that they nonetheless "deeply regretted the incident, and offered their condolences to the family."

Vladan Marinkovic will be laid to rest on Friday in his hometown of Sabac. His death has caused a stir, especially among his fellow market vendors, who claim to be subjected to "daily torture" at the hands of the Communal Police.

Other vendors and Vladan's customers have been lighting candles at the spot where he passed away on Wednesday. The vendors who witnessed the death later sold his goods and gave the money to the family. As as a sign of protest, they even arranged his stall to be exactly the way it was on the fateful day.

"They (the Communal Police) wanted to fine him just because a box with watermelons was 20 centimeters outside the market space. Him - a man who was regularly paying his market fees! While at the same time, trucks full of watermelons stood parked down the street, selling illegally. But those (vendors) give them (communal policemen) bribes every day, while Vlado would not. He was an honest man and that's why he came to harm," Mile R., one of the vendors, told Vecernje Novosti.

The vendors at the market claim that the fact Marinkovic was unwilling to pay the racket was the reason a communal policeman they identified as P.B. came after him.

"They would have created problems for him if he hanged three flower pots onto the fence. They would write him up to five fines every day. The situation's the same for all of us. They look for any small reason just to write fines, and since we don't want to give them cash, we pay for their lunches in a nearby restaurant. We are all undergoing the same torture, it's just that our hearts are stronger than Vlado's," said Mile R.

There were no communal police officers at the Vidikovac Market on Thursday, the daily said in its report.

"I still can't believe what happened, and that Vlado is gone," said another vendor, Nenad V., and added:

"Such behavior is hard to describe. The communal policeman even shoved him with his shoulder to demonstrate his might. He wanted to write him a fine, threatened he'd confiscate all his goods. He said to him: 'I'm doing my job, I'm the authority here!'. Everyone knows who he is, there's at least seven or eight complaints against him for arrogant behavior. I can't forgive them for not approaching Vlado to help him when he fell down. They just walked away."

Nobody from the Communal Police contacted the family of the deceased as of Thursday, "to at least offer their condolences," Vladan's son told the newspaper.

"Nobody called. My mother and my sister are under sedatives, we still can't believe what happened to us. I want to first bury my father, and they we'll see what to do next, what steps to take, whether we'll sue the City," Milos Marinkovic said.