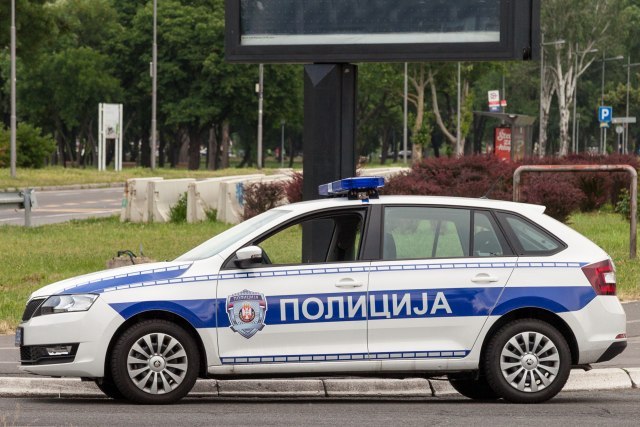 "You will have to look for some other reason for shedding blood on the streets of Belgrade", Vulin said.

It should be reiterated that some opposition parties criticized the draft of that law, believing that it violates human rights, enables state control over citizens and encroaches on their privacy. Also, some parties believed that the law gives the Minister of Police the opportunity to form a paramilitary unit.

Today's statement of the Minister of Internal Affairs, Aleksandar Vulin, forwarded to the media, states, among other things, that the President of Serbia asked him to withdraw the draft law.

What the "disputed" draft law says?

Processing of biometric data of the detected character, ban on publishing data on the identity of the official, additional powers of the Minister, code instead of surname on the uniform... are just a part of the novelty proposed by the Ministry of Interior in the Draft Law on Internal Affairs.

The last day of the public debate on the text of the Draft Law in Internal Affairs was on September 18, the 20th day after this proposal was published. The law, which, if it had been adopted, would have replaced the previous Law on Police, was written on 117 pages, while the novelties envisaged by it raised a lot of dust in the public.

The most disputed proposal is the one that provided for video and audio recording of citizens, and which includes the processing of biometric data of the detected character.

According to Bojan Elek from the Belgrade Center for Security Policy, the authorization of biometric data processing includes cameras that have automatic face recognition.

"It potentially means that someone in the police can enter based on the name and see where someone is. It is a model taken from China, and it has nothing to do with security but with police control. That biometrics is not in line with the Data Protection Act. We have a comparative practice that this is not a good solution," Elek told Blic.

The Commissioner for Information of Public Importance and Personal Data Protection, Milan Marinović, emphasizes that this is only a bill.

"As far as recording in a public place is concerned, the novelty in the law is that biometric data can be processed. A distinction should be made between two things. The second part was not regulated by law. There should be a legal basis for data processing via video surveillance," says Marinovic, adding that something like this would be best resolved by a special law or data processing law.

He also explains that the Law is not a basis in itself, but that in order to start that processing, an impact assessment must be submitted in advance.

"It should be distinguished that the recordings will be used to identify missing persons, persons on arrest warrants, fugitive terrorists, but also that data on ordinary citizens should be deleted in a very short time," explains Marinovic and emphasizes that a small circle of people would participate in data processing, specially trained professionals, but also that access control must be enabled.

The Draft Law on internal affairs also envisages a special measure for the protection of police officers. In translation, as Elek states, that will mean that it will be punishable to reveal the identity of the police officers in the exercise of their authority. "It will be impossible to identify police officers, and their markings will be changed, so instead of surnames, there will be numbers and letters. Therefore, if a police officer attacks you, it will be much harder for you to reveal his identity", Elek explains.

If this provision were adopted, it would not mean that it would be absolutely applicable. Why? As Commissioner Marinović explains, the practice of this institution is that the data performed by certain officials are available to the public.

"I don't know what was meant by that provision, but we will see from case to case. The commissioner will consider in each individual case whether it is in the public interest to preserve information. The mere fact that it will be prescribed by law does not mean that it will always be applied, because even what is prescribed as a form of secrecy is subject to procedure", explains Marinović.

According to Elek, this draft law has several other disputable points, and among them are those that refer to who can be a police officer.

Article 25 of the Law, which refers to police affairs and the notion of police, states that the "right to use the term" police "has the Ministry, the state administration body responsible for defense affairs and trade unions operating in the Ministry in accordance with the law, and other entities only with the approval of the Minister.

According to the way it is written, it seems as if the minister can decide who will be a police officer", explains Elek and adds that the legal solution replaced the competition introduced by the previous law with "legalized nepotism":

Predrag Milovanovic, a prosecutor from the Association of Prosecutors, believes that the provisions of the law related to video and audio surveillance would contribute to the clarification of crimes. According to him, the draft law indicates that video and audio surveillance can apply only when performing police work that is clearly specified by law.

"My opinion is that something like this can contribute to the work of the prosecutor who manages the pre-investigation procedure in cooperation with the police, and only in order to discover the perpetrator of the crime. On the other hand, there must be clear mechanisms to avoid abuse. Namely, the CPC (Criminal Procedure Code) implies the measure of secret surveillance and recording, and this is a case of publicly available cameras, so that something like that in accordance with the valid provisions of the CPC does not require a court order to monitor citizens in this way. In a concrete sense, audio and video are material evidence that can serve as evidence in court proceedings," Milovanovic said, stressing that it is important that neither a police officer nor a prosecutor should not abuse audio and video recordings for private matter, it should serve to discover the perpetrator.

"As a prosecutor, I see the advantages of that, and on the other hand, as a citizen, I have a dose of reservations about whether there are sufficiently effective mechanisms to prevent these audio and video recordings from being misused for some private purposes," he added.