"Improving dynamic of development of relations with US" 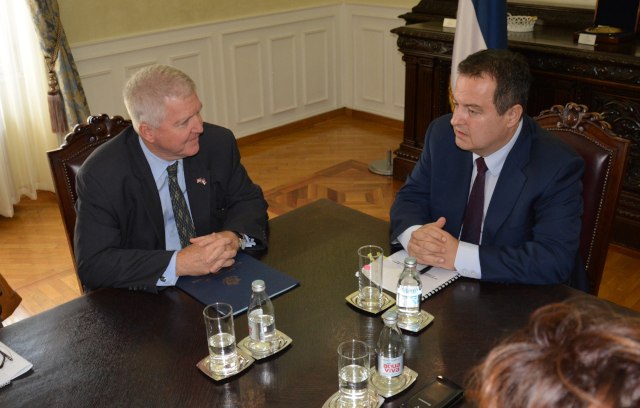 According to the Serbian government, they "exchanged views on the recently held 73rd session of the United Nations General Assembly."

The interlocutors expressed satisfaction with the successful meetings of the officials of the Republic of Serbia and the United States of America on that occasion.

Scott pointed to the importance of investing continued efforts to improve relations between countries in the region and promoting regional cooperation, especially in the context of the continuation of Serbia's European integration process.

Dacic said that the celebration in July this year of the centenary since the Serbian flag was hoisted at the White House, as well as the celebration of the anniversary of Operation Halyard provide further incentive to the strengthening of cooperation of the two countries and improve the positive dynamic of the development of bilateral relations between Serbia and the United States of America.