Greek Foreign Minister Nikos Kotzias said in Belgrade on Wednesday that his country will not recognize Kosovo. 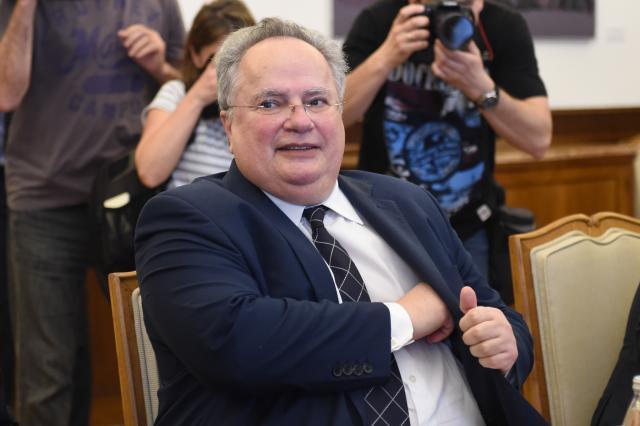 Kotzias explained that the trade office of Kosovo in Athnes will not be a diplomatic office.

"That's neither been agreed, nor envisaged," he told a joint news conference with Serbian counterpart Ivica Dacic.

Asked whether the Community of Serb Municipalities in Kosovo would be formed based on the Brussels agreement or on Kosovo laws, Kotzias said that "agreements should be implemented in their entirety."

Asked about the Macedonia name dispute, the Greek minister said that a step forward had been made, while the key to a solution lies in "realism and pragmatism."

"A compromise is needed, but not 'a rotten compromise'. Both sides must understand that they can't get everything," he added.

Dacic said that the most effective way is to talk directly and seek a common interest in removing the problems that go into to the region's past, tradition, and history.

Serbia has understanding for the stance of Greece, he said, and described his country's decision to recognize Macedonia under its constitutional name as "an ill-considered move."

Dacic added that Macedonia's behavior toward Serbia has not been "adequate," and recalled that Skopje recognized Kosovo.