Today marks 15 years since Prime Minister and leader of the Democratic Party Zoran Djindjic was killed in front of the government building in Belgrade. 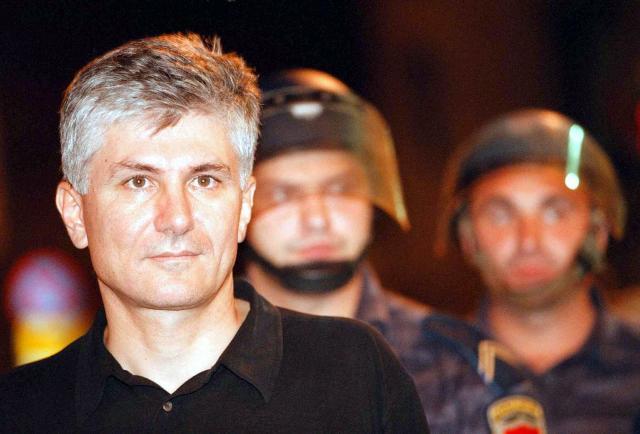 The former commander of the Red Berets (JSO) Milorad Ulemek, as well as Zvezdan Jovanovic, who is the immediate perpetrator of the murder and former Ulemek deputy, were sentenced to 40 years in prison for organizing the murder of the prime minister.

The political background of Djindjic's murder has not yet been revealed.

Djindjic was Serbia's first prime minister after the fall of Slobodan Milosevic's regime in 2000 and the coming to power of the Democratic Opposition of Serbia (DOS) coalition. The government it headed was elected on January 25, 2001.

During his mandate, a process of democratization of society and fundamental economic and social reforms began.

Djindjic's government strongly advocated cooperation with The Hague war crimes tribunal and during that government several of those accused were arrested and extradited to this court, including former President of Serbia and Yugoslavia Slobodan Milosevic.

Presenting his program to the Serbian parliament, as PM-designate, Djindjic said that he was given a mandate not to rule, but to change.

Djindjic was born on August 1, 1952, in Bosanski Samac, Bosnia-Herzegovina.

He studied at the Faculty of Philosophy in Belgrade and was quickly noted among young dissidents.

Djindjic earned his PhD in 1979 at the University of Konstanz, Germany. His mentor was one of the most prominent philosophers of the late 20th century Jurgen Habermas.

In 2000 he won the prestigious German prize Bambi for politics, and in 2002 he received the award of the Polak Foundation in a ceremony in Prague, for his contribution to the development of democracy in Serbia.

He is the author of many scientific papers in the field of philosophy and political theory and translator of several philosophical works.

Djindjic was buried on March 15, 2003, in the Alley Of Deserving Citizens at the New Cemetery in Belgrade. The funeral procession that walked the streets of Belgrade included many hundreds of thousands of citizens. Among them were 70 foreign government delegations.

Djindjic was assassinated on March 12, 2003. at about 12:25 CET, in front of the government building. A few hours after that, the government declared a state of emergency.

Members of a crime gang known as the Zemun Clan were immediately suspected as perpetrators. One reason was that a warrant was planned to be signed that day for the arrest of a number of its members - something the government revealed later.

During the state of emergency, which lasted until April 22, as part of police operation Sablja ("Saber") 11,665 people were detained, among whom party officials, senior military officers, judges, prosecutors and pop stars, and some of them spent some time in custody.

The main suspect for organizing the assassination was former commander of the later disbanded Special Operations Unit (JSO) Milorad Ulemek, and members of the Zemun Clan Dusan Spasojevic aka Siptar, and Mile Lukovic aka Kum. Spasojevic and Lukovic were shot and killed on March 27 as the police attempted to arrest them.

During Operation Saber, the immediate perpetrator of the murder Zvezdan Jovanovic was also arrested, as well as several other members of the disbanded Special Operations Unit, and numerous members of the Zemun Clan. These arrests have also helped to clarify a number of murders that occurred earlier.

The verdict, inter alia, stated that the murder of Zoran Djindjic was a political assassination directed against the state, in which participated the criminalized part of the JSO and the gang led by Dusan Spasojevic. The political background of the assassination has not yet been discovered.

15 years after Djindjic's murder, his Democratic Party is facing one of the most difficult moments in its history, winning just over two percent and no seats in the recent election for the Belgrade City Assembly. Its leader, Dragan Sutanovac on Sunday resigned.

The 15th anniversary also comes at a time when Aleksandar Vucic's SNS is in full control at all levels of authority in the country, and when new political faces appear and disappear faster than anyone expected.

As in previous years, the anniversary will be marked separately by the DS and Djindjic's friends and admirers who will place wreaths at his grave, while the LDP will organize their "Walk for Zoran."

Many other commemorative events will be taking place, while according to announcements, a 6.2 meter tall monument dedicated to Djindjic, named Strela ("Arrow") should be temporarily installed in Student Square.