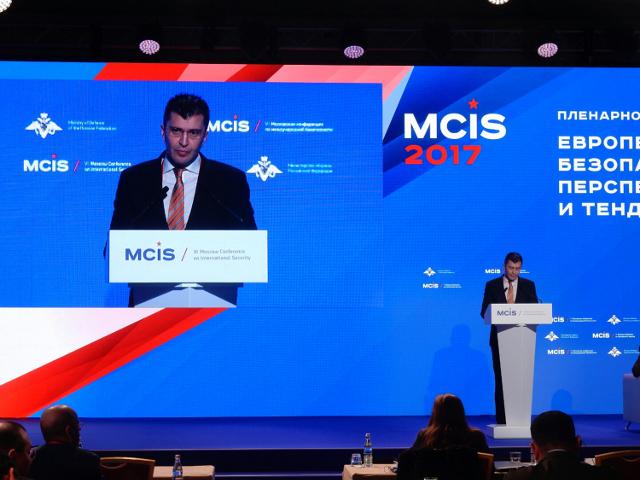 This is especially true in the fight against global terrorism, which has become a major global security challenge and risk, Djordjevic said at the Moscow Conference on International Security.

According to the Serbian government, he addressed the gathering on behalf of Serbian PM and President-elect Aleksandar Vucic.

Djordjevic "confirmed Serbia's commitment to comprehensive regional and global cooperation in the field of defense and security, particularly bearing in mind that the international position of Serbia improved significantly in recent years."

According to Djordjevic, our country is a responsible, reliable and predictable partner that wants to share responsibility with European partners, but also with all stakeholders to develop international security cooperation and to contribute to global security.

Djordjevic underlined that Serbia is firmly committed to the policy of military neutrality, protecting and promoting their national interests.