An expert team should be formed to look into the political background of the murder of Prime Minister Zoran Djindjic. 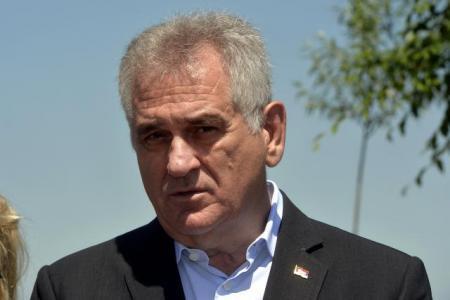 This is what Serbian President Tomislav Nikolic has told the Belgrade-based tabloid Kurir, Beta is reporting on Monday.

"I never believed in the efficiency of the inquiry committee and the results it could yield. I have more faith in the ability of well-trained, well-educated police inspectors and people from the prosecution to establish the truth if they want to. It is not the job of the National Assembly to investigate any crime, (any) murder," said Nikolic.

According to the president, "the right way is to form a team of experts to inform us whether or not we have the data, whether all the verdicts rendered in connection with the case are based on irrefutable evidence, or on the political will."

Nikolic also said that with the verdict against Milorad Ulemek aka Legija, "the real truth about the assassination of the prime minister has not been uncovered," and that when it comes to the concealment of the political background of the assassination - which he said he believes existed - neither the prosecution nor the then government lived up to the task.

"But, who am I to think about it this way, without a single paper in my hand. Therefore, whoever intends to relocated the investigation, the shedding of light, outside the established institutions, truly runs the risk of doing it in an amateur manner, and of nothing that would shed light on the political background of Djindjic's murder coming out of it," he said.

Nikolic also said he doubted that former Deputy Prime Minister Nebojsa Covic had been questioned "for as long as four hours" in connection with the murder of Djindjic.

"If he was interrogated in connection with the murder for only four hours, then he was not interrogated at all!," the president said, remarking that "two hours can fly by just making coffee and small talk."

"And I know it very well that there was not a single micron of responsibility that lies with any of us. And if there was any when it comes to what has been ruled, then it is certainly on the former authorities," Nikolic said.