In a press release on Tuesday signed by the Commission's president, Veran Matic, it is added that the practice commenced with the article "Curuvija welcomed bombs" in Politika Ekspres several days prior to the killing of Slavko Curuvija (in 1999).

In it, based on the lies that Curuvija requested the air raids, the journalist and publisher was marked as a shooting target and he was shot dead several days later.

This time, Goran Kozic states: “To make things clear: the deceased colleague was probably killed by the regime, but there is no evidence for this claim…”, but this is immediately followed by terrible accusations without any evidence at the expense of Ljiljana Smajlovic, that it was precisely thanks to her influence on Washington Post that the bombing of Serbia lasted much longer than planned.

Not only is it a new dangerous lie, but a continuation of the lie with the statement that Ljiljana Smajlovic, after the murder of Slavko Curuvija, caused Serbia the same kind of treasonous damage as Curuvia before he was killed.

Ljiljana Smajlovic is a member and one of the initiators of the establishment of the Commission for investigating the killings of journalists, which was founded precisely because fifteen years after the murder of Curuvija, his murder was not resolved. The indictment was made on the basis of numerous pieces of evidence and the trial is taking place with numerous controversial decisions of the court, and attempts to eliminate crucial evidence, but also without the consistent presentation of evidence in full, without conducting a hearing of the main police investigator in this case.

Along with these decisions of the Trial Chamber, justification of the future possible acquittal was initiated by the activation of "professionals" that proved themselves back in the 1990s, such as Djordje Martic and Goran Kozic.

Instead of insisting on determining what really happened, and who are the murderers of Slavko Curuvija, the indictment against Slavko extends to Ljiljana Smajlovic, with dangerous false accusations and arguments that justified the hunt on Curuvija’s head, now only extended with accusations that the bombing would have stopped immediately if only Congressman Smith hadn’t said that "Milosevic's regime kills journalists", as conveyed by the Washington Post.

Does this mean that, instead of clarifying the fate of Slavko Curuvija, they now mark the shooting target on Ljiljana Smajlovic, who should be held responsible for the destruction of Serbia and the killing of numerous civilians, at least a month longer than planned, as Kozic implied? Or it may not be strong enough for that target, so he additionally wondered if Alija Izetbegovic had sent her to destroy Serbia.

It seems incredible that such articles appear almost twenty years after the destruction of the newspapers Daily Telegraph and Evropljanin, as well as after the murder of Slavko Curuvija.

Does Ljiljana Smajlovic now need to move around the city, taking care of who is following her, as Slavko was accompanied by 27 members of the State Security for two days, until a few minutes before shooting?

"The Commission insists on the judicial execution of all relevant evidence. We also appeal to the Ministry of Interior that all those people targeted by Ilustrovana Politika in a wave of attacks on the media and journalists are properly protected, if they assess that their security could be endangered, including, of course, the Commission member Ljiljana Smajlovic," the statement said. 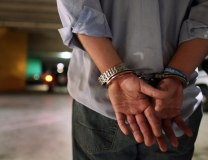 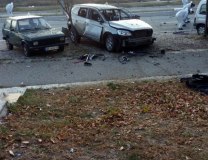 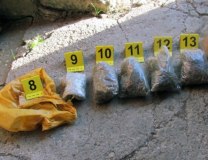 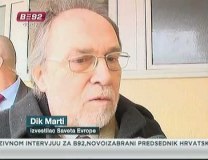