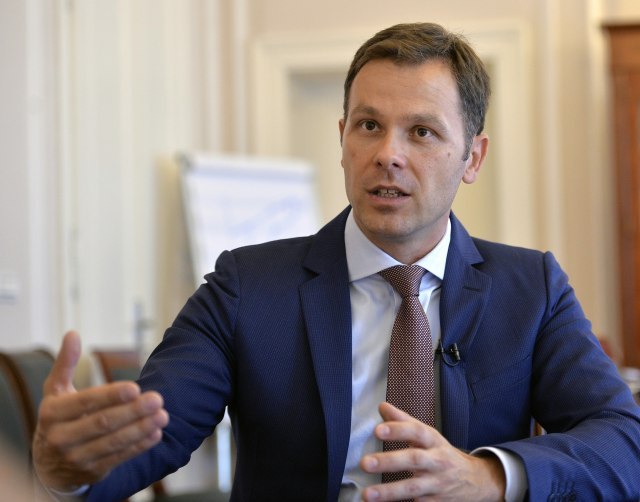 The figure used to be over 70 percent of GDP, and is now at 50 percent with a tendency of further decline, says Finance Minister Sinisa Mali.

Speaking for Tanjug, he recalled under the Maastricht criteria, the public debt should not exceed 60 percent of GDP.

"We accomplished that during the time of financial consolidation. Recently I had an opportunity to speak about this at the London Stock Exchange, where 300 of the largest investors in central and eastern Europe heard the results of our reform. They were impressed by how we managed to achieve growth in spite of the consolidation and a reduction of salaries and pensions," Mali said

The minister stressed that reducing the public debt is a part of a responsible economic policy aimed at "not leaving costly loans and high indebtedness of the country to our children."

He added that, in contrast, the previous authorities left the country on the brink of bankruptcy.

The IMF and the World Bank also predict that Serbia will be the carrier of economic growth in the region, with a cumulative growth that will at the end of 2023 be 21.1 percent higher than in 2018.

According to the forecasts of international financial institutions, the Serbian economy will in the next five-year period grow by four percent a year on average - with none of the countries it borders having higher cumulative growth.