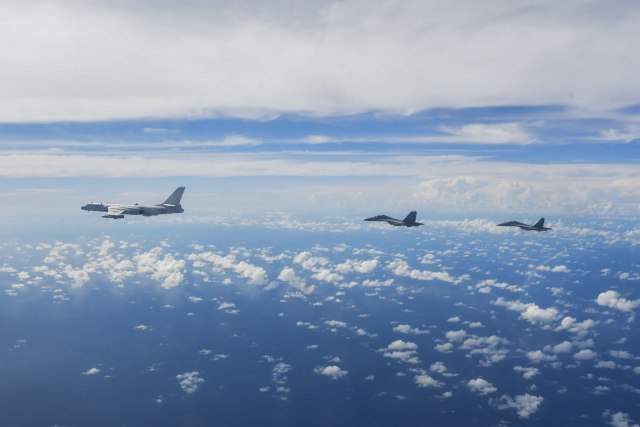 Taipei announced that it was not true that Chinese forces had approached the islands, reports Reuters.

China, which claims Taiwan as its territory, conducted military exercises around the island earlier this month following a visit to Taipei by U.S. House Speaker Nancy Pelosi.

China's Eastern Military Command, which is responsible for the area around Taiwan, released a video of Penghu Island on Monday, apparently taken by a Chinese air force plane, the British agency said.

The deputy chief of staff of Taiwan's air force told reporters in Taipei that it was a Chinese information war, but offered no explanation as to how the footage was created.

"China is using exaggerated psychological warfare tricks to show how close it is to Penghu Island, which is not true," said a military official in Taipei. Taiwan's Ministry of Defense on Monday, in a report on Chinese air force activities near the island, showed on a map that the closest Chinese aircraft to Penghu that day were four J-16 fighters.

According to the map shown, they crossed the center line of the Taiwan Strait, the unofficial barrier between the two sides, but remained closer to the Chinese coast than to this island, according to Reuters.

The official also said that Taiwan "has real-time information" of what is happening in the sky and that Chinese planes are moving north and southwest of Taiwan and across the center line.

Penghu, a summer tourist destination, is located near Taiwan's southwest coast, according to Reuters.

I guess the photo taken from a China warcraft is very close to Penghu Islands of Taiwan already, just checked on a Google map. pic.twitter.com/aYuzoLiDHJ