An increase in nuclear weapons will open Pandora's Box, the chairman of the Nuclear Non-Proliferation Treaty Review Conference said.

An increase in nuclear weapons will open Pandora's Box, the chairman of the Nuclear Non-Proliferation Treaty Review Conference said. 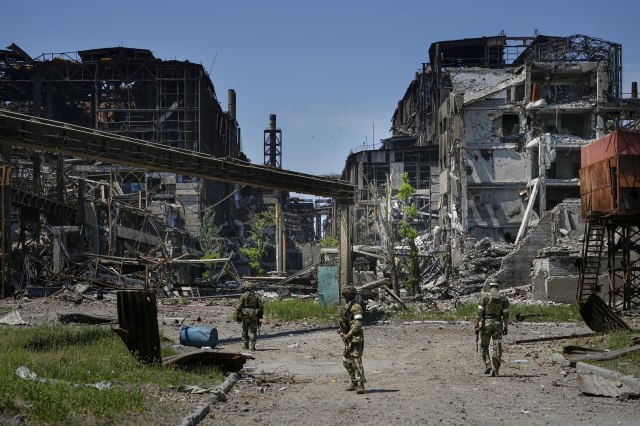 In his opinion, if Russia and the United States do not agree on an agreement to replace the Treaty on the Non-Proliferation of Nuclear Weapons, which expires in 2026, and begin to increase nuclear weapons, this will create a danger from a political point of view - "the vast majority countries, especially in the Non-Aligned Movement, who are really disappointed by the lack of progress in nuclear disarmament, will see another sign that the nuclear powers really do not want to achieve nuclear disarmament."

According to him, if these countries are disappointed, they will ask themselves why they are still not part of this Agreement.

"We decided not to be a nuclear state... The big thing is that the nuclear powers will one day achieve nuclear disarmament. If they don't, why should we do our part (commitments)," Zlauvinen said, explaining the logic of non-nuclear states.

"And there is a risk in that, because many other countries may decide to start developing their nuclear weapons program. It will open Pandora's Box," he emphasized.

He believes that such a development is more dangerous than the rivalry between the United States of America and Russia over who will have nuclear weapons.

"I think they have enough of them. The problem is that if they don't reduce it, the others will say: 'if they don't intend to reduce it (the nuclear arsenal), forget about nuclear disarmament,'" he concluded.

The risk of nuclear conflict

Zlauvinen noted that the risk of using nuclear weapons is as high as during the Cold War, only that today, unlike the Caribbean crisis, there is a lack of communication between Moscow and Washington at the highest level.

According to him, one of the reasons why some delegations are now talking about the high risk of starting a nuclear conflict is that "even at the height of tensions during the Cold War, if we take the Caribbean crisis as an example, there was always a channel of communication between Moscow and Washington and the crisis was avoided thanks to this communication," stated Zlauvinen, noting that "now it seems that there is no such communication."

In his opinion, as regards the situation with the conflict in Ukraine, "it seems now that the communication on high level, for example, between Washington and Moscow or European capitals and Moscow is non-existent". However, it is necessary for this communication to be established, the chairman of the conference pointed out.

"This, for example, also applies to the situation with North Korea - there are no direct contacts. Whenever you don't communicate, you risk escalating the conflict due to misjudgment, misunderstanding and inaccurate assessment of the other party's true intentions," he explained.

Agreement on Strategic Offensive Arms Reduction (START III), the only US-Russian nuclear arms control regime, has been extended by the administration of US President Joseph Biden for five years. It expires in 2026.

Russia and the US have begun to agree on the parameters of a future limitation agreement nuclear weapons, but they stopped the dialogue after the start of the special military operation in Ukraine.

As stated in the U.S. State Department, Washington is ready to consider a possibility of a new round of strategic dialogue with Russia, but wants evidence of its conscientious approach.