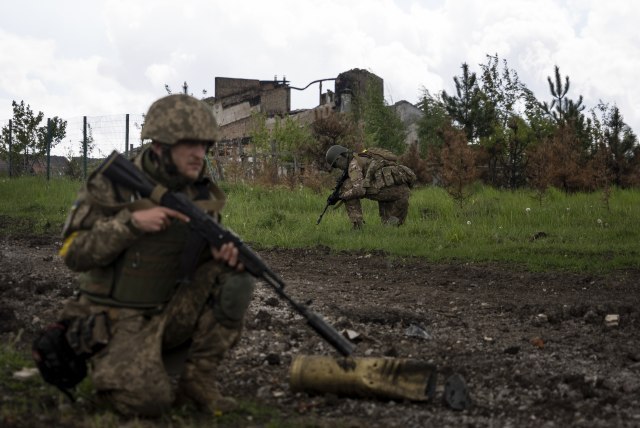 Kyiv claims that Russia lost a third of its ground forces, expecting the end of the war this year. Moscow, on the other hand, claims that the Ukrainian army has deployed heavy weapons in schools of the self-proclaimed Donetsk People's Republic. Ukrainian forces have launched an offensive near Izyum in the east of the country.

Sweden and Finland are practically already members of NATO, the admission procedure is just a formality, German officials said at a meeting of NATO foreign ministers in Berlin.

Russia warned that Finland's entry into NATO would be a mistake that cannot be left without reaction and political consequences.

Turkish Foreign Minister Mevlüt Çavuşoğlu said today that Turkey will support the membership of Sweden and Finland in NATO if they stop supporting terrorist organizations in their countries, provide clear security guarantees and lift the export ban on Turkey.

Latest Defense Intelligence update on the situation in Ukraine

Find out more about the UK government's response: https://t.co/DAnpcubog6

The consequences of the impact of the Ukrainian grenades are announced by the head of the city administration, Alexei Kulemzin.

Turkey will support if...

Turkish Foreign Minister Mevlüt Çavuşoğlu stated that Turkey will support the membership of Sweden and Finland in NATO if they stop supporting terrorist organizations in their countries, provide clear security guarantees and lift the export ban on Turkey. After the meeting of the Alliance's foreign ministers in Berlin, Çavuşoğlu said that the heads of Swedish and Finnish diplomacy "in separate talks" tried to respond to Turkey's concerns".

Sweden's ruling Social Democratic Party has decided to support the country's NATO membership. At an extraordinary meeting, the party's leadership decided today that the party would "contribute to Sweden's candidacy for NATO", it was stated in the announcement, the AFP agency reported.

Russians pushed out of Kharkov, Ukrainians on the Russian border

Ukrainian troops defending the city of Kharkov have reached the state border with Russia, the regional governor said today.

Reuters could not independently verify the comments of Oleh Synyehubov, the governor of the Kharkiv region, published on the Telegram messaging service, and it is not completely clear how many soldiers reached the Russian border and where exactly.