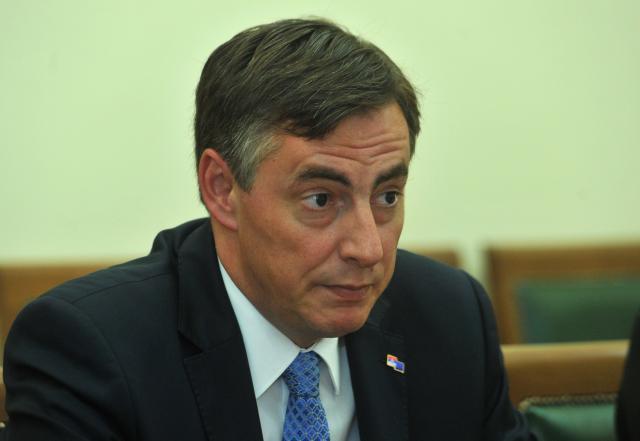 He told the Belgrade-based tabloid Kurir that "this process should gradually lead to the normalization of relations between the two sides, with both being able to exercise their rights and fulfill their responsibilities."

"The normalization of relations should benefit the citizens of Serbia and Kosovo and is essential for preserving peace and stability in the region," McAllister said, and welcomed Serbian President Aleksandar Vucic's initiative to launch a domestic dialogue about this issue.

The European Parliament (EP) official from Germany also remarked that that the EU will push neither Belgrade nor Pristina toward taking the initiative, and emphasized that "a sustainable normalization of relations will never be achieved by force, but only by consent of both sides."

When it comes to opening new chapters in Serbia's accession negotiations, McAllister said he believes that, "with all energy directed towards the adoption and implementation of reforms," more chapters "could be opened this year."

He noted that EU member states "have made it clear that sustainable progress is needed in the basics, especially in Chapters 23 and 24."

Asked whether "Serbia will have to change its position towards Moscow by joining the EU," he said that according to Chapter 31, Serbia should progressively align its foreign and security policy with that of the EU.

McAllister also touched on "the state of the media in Serbia" to say that threats, violence and intimidation of journalists continue to be an issue of concern.

Asked about "how he assesses the activities of the opposition in Serbia and whether he has some advice for them" the EP official said he "does not believe that opposition leaders need his advice" and concluded that "a strong opposition is essential to any democracy."