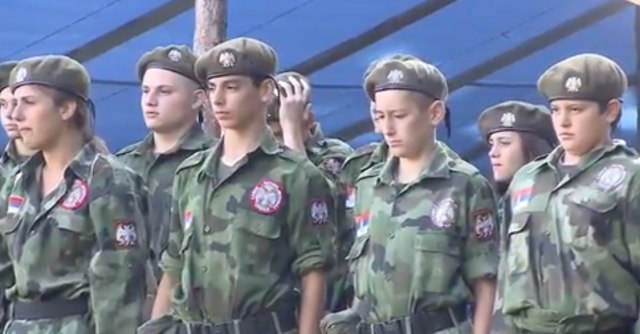 In an official statement on the company website E.N.O.T. Corp. wrote that "the enemies disclosed all information and intention" and that they would continue with similar activities in secrecy from now on.

"Our first mission in the sister country of Serbia was predictable in its end but unexpected in size" the statement says.

According to Radio Free Europe (RFE) Russian ultranationalist group described the project as a "patriotic military camp" and said closing it was absurd, reports daily Blic

E.N.O.T. Corp. announced similar projects in other parts of the world emphasizing that with their help the countries could free themselves from the "devastating influence of Western pseudo civilization"

Valeriy Shambarov, one of the leaders of E.N.O.T. said for RFE that his organization wanted to help young people "to become true men and warriors so they could defend their country". He added that in their camp in Russia 30 teenagers from Serbia got the same training. Young people, a certain number of whom were minors learned orientation, military skills and handling improvised weapons while wearing military uniforms, reports Blic daily.

As Blic also writes, this group is just one of many under the informal patronage of Kremlin and there are speculations that it was involved in armed conflict in Donbas and Donetsk Oblast in Ukraine fighting for Russia.

E.N.O.T. Corp. is being connected with support to terrorists and conflict involvement but their actions are carried out under the guise of humanitarian missions and citizen activities.