Migrants who walked to border returned to Belgrade

A group of migrants who on Friday left Belgrade on foot and walked to the country's northwestern border with Croatia has returned to the capital. 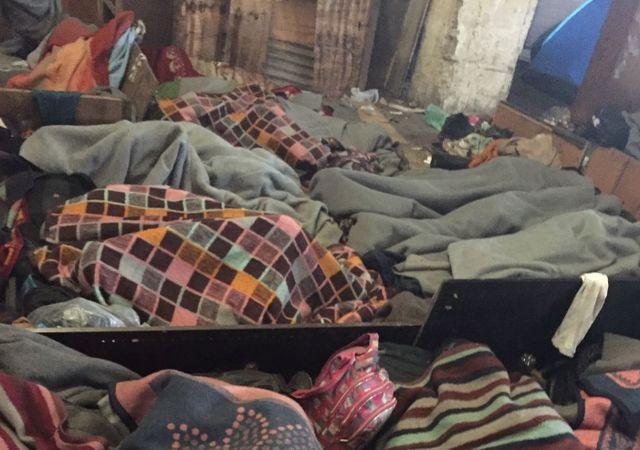 After arriving at the border, near the town of Sid, the migrants, mostly Afghani and Pakistani men, tried to cross into Croatia illegally through the corn fields, but the police stopped them. Serbian authorities then offered to transport them to one of the country's centers for asylum seekers.

But they refused, and on Tuesday arrived back in Belgrade by train.

They are currently staying in an abandoned warehouse near the city's main railway station.

The migrants told B92 that it was their decision to stay there.

Some 120 people are now in the derelict structure that has no proper bathroom, sleeping wrapped in blankets, among garbage strewn on the floor.

The migrants told our reporter they "learned from friends" that the border was open, but that once they arrived, the police prevented them from crossing into Croatia. But they also say they will not give up, and will "soon again move toward the EU - only next time there will be more people, a lot of people."

The migrants B92 spoke to didn't know how long they would stay in the freezing cold warehouse, where they cook food over open fires that could endanger them all.

Despite these terrible conditions, they do not wish to go to reception centers where accommodation is available. Instead, this group of migrants want to stay together, in the vicinity of the main bus and train stations in Belgrade, so they could organize and once again move toward the border.