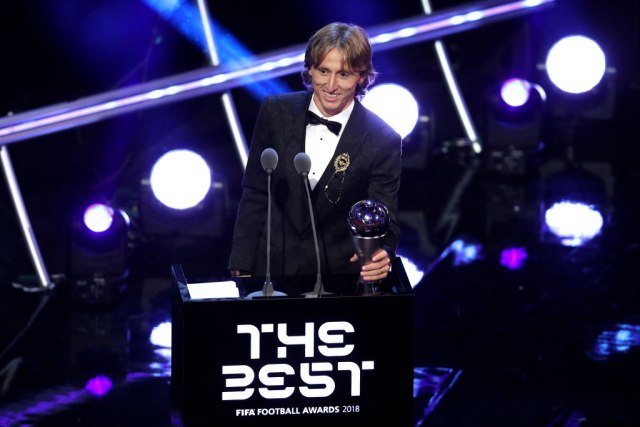 The Croatia and Real Madrid footballer was last month declared Europe's best player, and also won the Golden Ball at the World Cup in Russia.

Modric beat Liverpool's Mohamed Salah and Cristiano Ronaldo of Juventus to the award - with the latter failing to show up at the event, the Best FIFA Football Awards, held in London on Monday.