Serbian President Aleksandar Vucic will attend the opening of a new airport in Istanbul this Monday, his office announced on October 29. 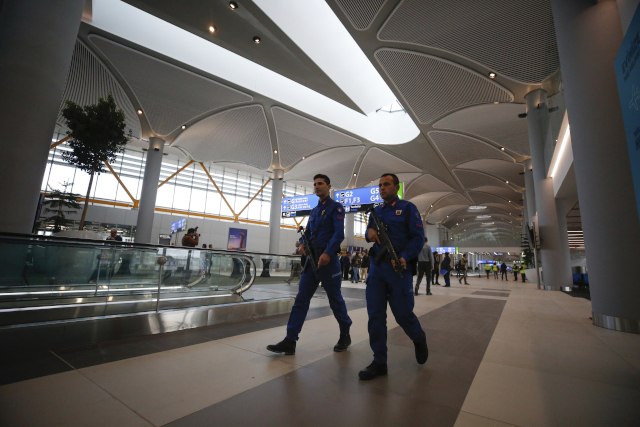 Turkish police patrol a terminal at Istanbul's new airport, ahead of its opening (Tanjug/AP)

Beta agency quoted the press release and said Vucic would attend the event at the invitation of Turkish President Recep Tayyip Erdogan.

This will be the fifth meeting of the two presidents this year.

The inauguration of the new airport will be also attended by Serbian Deputy Prime Minister and Minister of Construction, Transportation and Infrastructure Zorana Mihajlovic, her office announced.

The new airport is on the European side, 35 kilometers north of Istanbul. The Turkish president has heralded that it will the world's largest airport when finished.