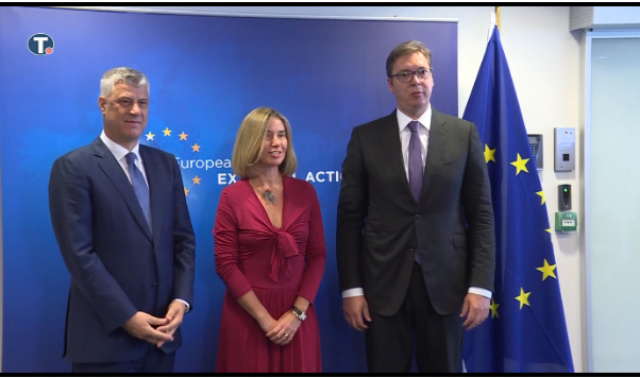 The informal meeting is organized by the head of European diplomacy Federica Mogherini.

According to B92's Marina Maksimovic, who is reporting from Brussels, the informal meeting will take shape of a working breakfast that will begin at 08:30 hours CET, while the participants will later in the day hold a press conference.

European Commission spokeswoman Maja Kocijancic, meanwhile, told a press conference that Vucic, Thaci, and Mogherini will "exchange opinions" during an informal meeting, and prepare "a new form of dialogue".

In early July, another informal meeting between the three was held in Brussels.

The last round of the Belgrade-Pristina dialogue at the political level was held in February of this year.