PM Aleksandar Vucic and Russian Ambassador Aleksandar Chepurin agreed today that political relations between the two countries are at a very high level. 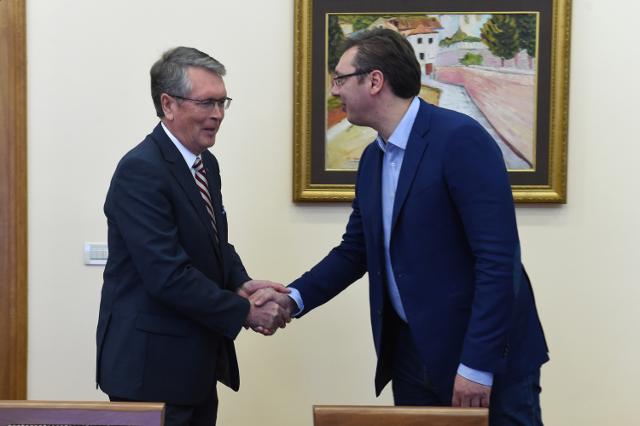 They said that "cooperation will continue in order to preserve the sovereignty of Serbia," the government stated on its website.

The officials also focused on promoting economic cooperation, "with particular emphasis on help from the Russian companies after completion of the process of restructuring of large state-owned enterprises, such as MSK, Azotara Pancevo, Petrohemija and their privatization."