Jeremic thanks government for backing his top UN job bid

Serbia officially has a candidate for the post of UN secretary-general. Vuk Jeremic on Tuesday thanked the Serbian government for supporting his candidacy. 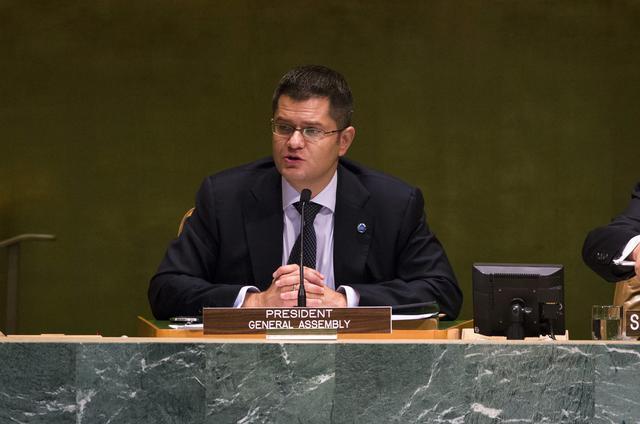 In his reaction to the news, Jeremic told TV B92 it was a great honor and privilege to represent his country "in this kind of international competition." He also promised to do his best best representing Serbia.

"We have a chance to increase the reputation of our country in the world and I will give everything in my power to present us in the best light," he said.

Jeremic added that the presentation of candidates started on Tuesday in New York, and that he will soon join the Serbian team that has already departed for the city.

"We will do all we can to be given a time slot for our presentation, although we are already late, but the additional quality of Serbia in New York is that Serbia has a prepared program, an 80-page platform that has been worked on for a long time, and I hope that we will get the support of the majority" Jeremic said.

He added that the race for the next UN chief "will not be easy" as the position is one of the most important offices, over which interests of great powers and other countries are "intersecting."

"It is of enormous importance to take part in that race," Jeremic concluded.

B92 and Belgrade-based daily Vecernje Novosti learned earlier in the day that the government would support Jeremic's bid.

Speaking in Mostar, Bosnia-Herzegovina, Prime Minister Aleksandar Vucic said earlier on Tuesday he was "not ruling out the possibility" that his cabinet might back Jeremic's candidature when it meets later in the afternoon.

Vecernje Novosti noted that the decision would be "in a way surprising" - considering that several high Serbian officials previously said Jeremic could not count on his country's support.

Jeremic is Serbia's former foreign minister, who in the past served as president of the UN General Assembly.