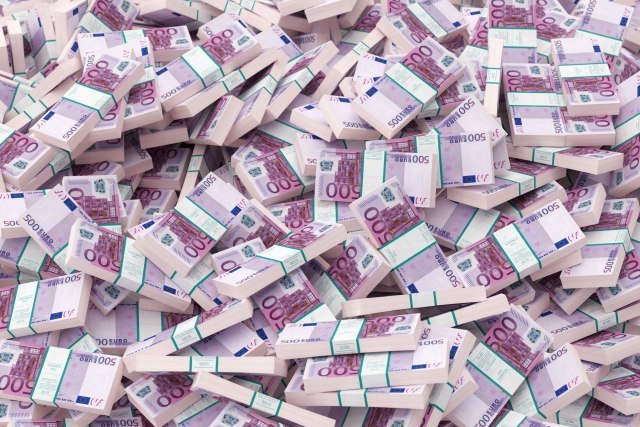 As Blic writes, it is about the GPS company from Podgorica, which at the end of last year was discovered to have laundered dirty money acquired through super-fraud through phantom call centers in Belgrade. The Montenegrin media connect that company with Milo Djukanović, the President of Montenegro, all through the controversial Belgrade lawyer Marko Vujošević.

According to the media, that lawyer is "Djukanovic's protégé".

Last year, the investigation of the German police determined that the call centers from Belgrade were involved in a fraud worth more than 200 million euros, in which citizens all over Europe were led to invest money in online trade in foreign currencies, which turned out to be a colorful lie.

A key witness in the case, a Serbian citizen, was found dead in a hotel room in Sofia just months before he was due to appear at the trial in Vienna of Israeli Gal Barak, the organizer of the criminal group.

As Byrne wrote at the time, the Austrian indictment stated that the GPS company from Podgorica, one of the founders of which was Vujosevic, laundered illegally acquired money for the needs of Barak. Vujosevic then denied those claims. Montenegrin media now claim that Djukanovic and lawyer Vujosevic "extracted over 19 million euros" through the company GPS (Global Payment Solutions) in 2017 and 2018.

Mysterious death of a key witness from Serbia

Israeli Barak and his partner, German Uwe Lenhoff, moved their "business" to Serbia when the law on business fraud was changed in Israel. They advertised investments in stock exchange currency trading on the Internet, the so-called "forex exchange", but there was no trade or investment. The company was just a cover for taking huge sums of money from a huge number of people from Europe, especially pensioners.

The fraud was exposed by the Serb Aleksandar Ignjatović in 2018, when he called the criminal police in the German city of Wiesbaden and told them that he had information about call centers from Serbia and Bulgaria that cheat tens of thousands of citizens across Western Europe. He said that he was ready to testify about that, provided that the safety of him and his family was guaranteed, Byrne wrote at the time.

Ignjatovic gave a 50-page statement to the police team specializing in high-tech crime, in which he described in detail the fraud behind Barak and Lenhoff, and their call centers in Belgrade and Sofia, where Serbian citizens also worked. Ignjatovic was found dead in a hotel room in Sofia on February 11, 2000, a few months before he was due to be the main witness at the trial. The official cause of death - heart problems. He was 34 years old.

According to the Austrian indictment, the Gal Barak call centers were located in Belgrade, Sofia, Sarajevo, Pristina, Tbilisi and Kiev. The prosecution claimed that Barak's companies deceived people by convincing them to invest money in stock exchange business, and in fact these are fake platforms that only fake and simulate stock exchange trading.

Byrne's interlocutors then stated that there were unfortunates who paid up to one million euros for this fraud.

The job at the call center seemed simple. Agents called on citizens, mostly the elderly, from Germany, Austria and other EU countries and persuaded them to invest money in online foreign exchange trading. Another bizarre thing about the company was the obligation of every employee to watch the movie "Wolf from Wall Street" in preparation for the job, which follows the career of a stockbroker-fraudster, played by Leonardo DiCaprio.

There was a lot of drinking in the company, drugs were consumed, such as cocaine or marijuana, and sometimes there were prostitutes.

Barak was arrested on the order of Europol on January 30, 2019, at the Kalotina border crossing, while he was trying to escape from Bulgaria to Serbia. The trial in Vienna began on July 8 and ended on September 1 last year. He was sentenced to four years in prison. His partner Uwe Lenhoff (55) was also arrested in January 2019 and extradited to Austria at the end of 2019, but he died suddenly in remand prison in May last year.

Lawyer Marko Vujosevic and his friend Lazar Hopl ran the legal business of Barak and Lenhoff in Belgrade.

According to Byrne, the Austrian indictment alleges that the GPS company from Podgorica, one of the founders of which is Vujosevic, laundered illegally acquired money for the needs of Gal Barak. Vujosevic denied those claims, but admitted that the company earned as much as 23 million euros in a year.

In a statement to the Austrian police, Lenhoff stated that he met Vujosevic when he wanted to get a license for sports betting in Serbia and when he heard that Vujosevic had good contacts in Montenegro, allegedly with the president (Djukanovic) and the finance minister.

Montenegrin media now claim that Djukanovic and lawyer Vujosevic "pulled out over 19 million euros" through the mentioned company GPS in 2017 and 2018.

As it is stated, Vujosevic and his godfather (who has since sued him for alleged fraud), founded the GPS company in Podgorica under the code "other ancillary activities in providing financial services, except insurance and pension funds", which can be seen on the official site of the Central Register of Business Entities of Montenegro.

Montenegrin media now claim that the money that was deposited in the account of the GPS company was transferred mainly to phantom companies on exotic islands, but also in Kosovo, and that the money was laundered through several Montenegrin banks, but also used to finance Milo Djukanovic's election campaigns.

Lawyer Marko Vujosevic has been attacked by unknown assailants three times so far. Last January, the shocking news was that a group of young men broke into his apartment and beat him up. He denied that he was beaten in the apartment and stated that he was slightly injured in a fight around the parking lot.

A few months ago, buildings near Vujosevic's law office were plastered with posters with insulting messages addressed to him. In January this year, the lawyer was shot in front of his office in Resavska Street in Belgrade.

"I have no idea who would shoot at me. I have no idea and I can't even guess. It's strange to me that this happened, but there is nothing I did to be the target of the attack," lawyer Vujosevic told Blic at the time. 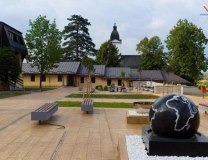 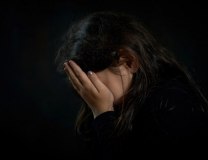 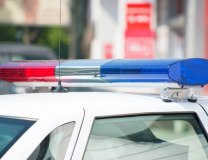 Strong police forces seized narcotics and weapons found in a car that was parked next to the House of the National Assembly after 11 pm, the media report. 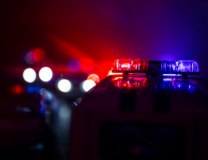 President of the Belgrade municipality of Palilula and the official of the SNS, Aleksandar Jovicic, was arrested last night. 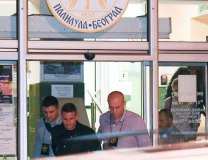 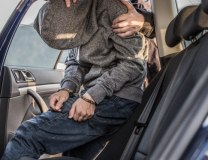 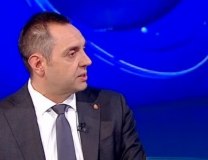 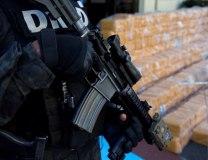