EU and Western Balkans: So near and yet so far

The European Commission will unveil its new EU Enlargement Strategy on February 6 th , 2018. Since relations with Turkey have deteriorated markedly, only the Western Balkan states remain candidates for EU membership. The EU High Representative for Foreign Affairs and Security Policy, Federica Mogherini, has stated the European Commission’s intention to ensure that the Western Balkan countries are on an “irreversible” track to membership in the Union before the end of its mandate in 2019. Unless the new Enlargement Strategy offers a realistic plan to tackle the lack of economic growth and social progress in the region, it will be another futile institutional exercise because democracy, the rule of law and other basic distinctions of “Europeanness” cannot make lasting inroads into the enduring poverty in the Western Balkans.

In the past two decades, the Western Balkan countries have largely enacted the fundamental economic reforms requested by the European Union (EU), the World Bank and the International Monetary Fund (IMF) under the so-called “Washington consensus”, following the matrix previously created for Central-Eastern Europe (CEE). They have opened their markets to the EU, privatised and liberalised their economies, and imposed austerity policies during the post-crisis period. The idea behind the “Washington consensus” was for the re- forms, in combination with the progressive adoption of EU laws, principles and activities in the framework of the EU’s enlargement policy, to create functioning market economies, foster democratic institutions and pave the way for EU membership.

Things have turned out differently from the transition blueprint that was envisaged for the Western Balkans, however. The expectations that these countries would gradually converge towards EU economic standards and become consolidated democracies have not been met. Without doubt, the transition in CEE has not been a complete success story either. Leaving aside political considerations about the state of democracy in some CEE countries, and in purely economic terms, it is evident that only those in the CEE region that started from better economic conditions, notably the Czech Republic and

Slovenia, have come close to reaching the living standards of the poorer countries of Western Europe. The economic performance of the Western Balkans has been particularly disappointing, even when compared to the relatively modest results in CEE. Western Balkan states such as Bosnia and Herzegovina and Serbia are in the group of countries that are worst off in terms of income inequality and recovery of their pre-transition GDP. These two countries, together with Montenegro, have not yet reached their real 1989 GDP level. If we look at the average GDP per capita in Purchasing Power Parities (PPP) in 2016, the six Western Balkan countries had not reached 28 per cent of the level in the old EU mem- ber states (the so-called EU15), while CEE was at around 60 per cent of the EU15 average.

The Western Balkans’ inability to beneficially integrate with the EU economy can be illustrated by their limited overall ex- ports, particularly of manufactured goods. Exports of goods and services as a share of GDP represent a low 30 percent on average in the Western Balkans. This is far below the 80 percent averaged by similar-sized transition economies now in the EU. More- over, manufacturing exports of the Western Balkans are less sophisticated, since the region still confines itself to labour and resource-intensive products. Whereas in CEE, the early arrival of foreign direct investments has favoured the transfer of capital, know-how and modern technology, thereby also facilitating re-industrialisation, in the Western Balkans, most countries have experienced almost three decades of continuous deindustrialisation.

Today, just as economic recovery in Europe is starting to take root, timing is critical to consolidate growth and establish a sustainable development path. Securing the political support of the population for their further reforms required by the EU accession process depends on it. Yet the challenges facing the Western Balkans are com- plex and formidable. To date, even under the most optimistic economic forecasts, the expected average Western Balkans’ GDP growth rate of around 3 percent is insufficient to accelerate the process of catching- up and convergence. A recent estimation by the World Bank indicates that at current growth rates, it would take about six decades for average per capita Western Balkan income to converge with the EU average. With faster growth of 5 to 6 percent, convergence could be achieved by the end of the 2030s.

This means that by then, broad sections of the population would have spent over half a century in poverty and precarious socio-economic conditions. It should there- fore come as no surprise that the “EU model” is being questioned by a considerable part of the populace, who are less and less convinced that this model is the universal remedy for all political and economic troubles. This view is at odds with the dominant political discourse, both in the region and among external Western actors. This disparity opens inroads for other political and economic concepts that, as a rule, tend to be populist and authoritarian. The current political and economic debate focuses on the need for a new growth model for the Western Balkans and insists on the need to reform domestic institutions.

However, it is far from clear what this means in terms of concrete policies. Inter- national organisations such as the World Bank and the IMF have advocated a further reduction in the size and role of the state, usually pointing to the need for the Western Balkans to improve the business environment as one of the key elements to attract more foreign investment and drive economic development. The position adopted by the EU is slightly different in that it has embraced a broader notion of what reforming domestic institutions entails. Since 2014-15, especially, with the EU’s new approach to economic governance towards the enlargement countries and the launch of the Berlin process, more emphasis is being placed on improving in the quality of state apparatus and the entire policy cycle, together with longer-term structural reforms.

After over fifteen years of experimentation with neo-liberal economic prescriptions, strengthening economic governance in the Western Balkans seems to be one of the key factors to accelerate economic growth and development. Infrastructure projects should be supplemented by additional investments in health, social services, education and research and development, which in turn could facilitate the development of smarter and more know- ledge-based economies, together with better access to resources for small and medium- sized enterprises.

A glance at the map of Europe shows that the region is not the EU’s south-eastern courtyard but rather its overlooked soft belly – surrounded by EU and NATO member states. Also, all essential political outcomes in the region over the last three decades were masterminded and micro- managed by the EU and the Western allies. Only recognition from Brussels and other EU capitals of the Balkans for what they genuinely are – namely an integral part of core Europe and the European integration project – can offer a way forward. In this respect, a more flexible and differentiated approach towards the Balkans is required to improve the current enlargement policy. This approach could pragmatically advance sectoral integration and provide the missing link between present conditions and their eventual date of entry into the EU.

– (1) mobilise resources for the Western Balkans that are proportional to their level of market integration, with the EU considering ways to open structural funds even before accession, or provide similar amounts of funds through regional or similar projects. These would also be beneficial to the ring of EU countries around the Western Balkans (primarily targeting infrastructure, transport, energy and environment protection);

– (2) extend the use of EU financial stability mechanisms to the region, taking into consideration that the local banking system is largely owned by banks from the EU;

– (3) include the Western Balkans in the EU digital market and free roaming to facilitate business contacts and other trans-border initiatives;

– (4) expand cooperation in education and research and innovation policies (Horizon2020, Erasmus) with a focus on the developmental needs of the region;

– (5) enable a stronger integration for their labour markets to favour circular migration and the return of economic mi- grants;

– (6) explore ways to include the Western Balkans in EU policies and actions in the field of justice and home affairs.

Given the small size of the Balkan countries (merely 3.6% of EU’s population), measures in this direction would have a limited over- all impact on EU member states, but they could go a long way towards restoring the credibility of EU policies in the region. It is in the EU’s own economic interests to make the region more attractive for trade and investment, and to link the transport, energy and digital networks of the entire south-eastern Europe area. This would also lessen migration pressures.

The potential political gains are obvious too: strengthening security in south-eastern Europe would boost the EU’s standing in a new era of geopolitics, when China, Russia, Turkey and certain Islamic states also vie for influence in the region. The next EU institutional cycle, starting in 2019 with the election of the new European Parliament, a new Commission and the adoption of the new EU budget, should also bring about a reformed enlargement policy.

Germany shows the cultural forces driving populism. Beside income inequality, there's also an inequality of respect. Attention must be paid 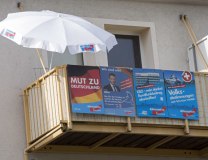