One hundred and seventy-third day of the war in Ukraine.

One hundred and seventy-third day of the war in Ukraine. 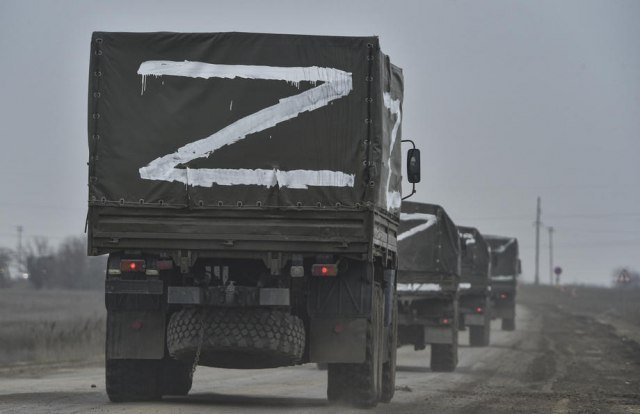 Fierce fighting is taking place in Donbass. Avdeevka, Bahmut, Peski, Marinka are under attack. Moscow announces that its forces have occupied strategically important places in the Donetsk region.

Ukrainian President Volodymyr Zelensky warned that any Russian soldier who either fires at the facility, or fires using the facility as a firing position, will become a target for intelligence and special service agents and the military.

Address of Putin at the Forum

Parliament of Ukraine extended the state of emergency and mobilization

Ukrainian parliament, the Supreme Labor, today supported the proposals for the law on extending the state of emergency and mobilization for another 90 days, submitted by the President of Ukraine, Volodymyr Zelensky, said MP Yaroslav Zeleznya.

"Parliament supported bill 7664 on extending the state of emergency for 90 days, until November 21 of this year. Rada also supported bill 7665 on the adoption of the decree on extending the deadline for general mobilization," Železna wrote on his Telegram channel, reports TASS . On August 12, Zelensky submitted the draft law on the state of emergency and the extension of mobilization to the Supreme Council.

The state of emergency in Ukraine was introduced on February 24.

🇨🇦🇺🇦🇬🇧90 servicemen of the #Canadian Princess Patricia's Light Infantry left for Britain to train Ukrainian soldiers. Since 2015, #Canada has trained over 33,000 service members of 🇺🇦 Armed Forces of Ukraine. Thank you🙏🏼 #StrongerTogether pic.twitter.com/N7bLDB28KQ

"A high-precision weapon of the Russian Air Force hit a checkpoint of foreign mercenaries in the area of ​​the Zolochev settlement in the Kharkiv region. More than 100 extremists from Poland and Germany were killed, and more than 50 were wounded," according to the report, RIA Novosti reported.

It is added that the Russian Air Force attacked combat positions of the 53rd Mechanized and 68th Infantry-Rifle Brigades of the Armed Forces of Ukraine near the towns of Ugledar, Dobropolje and the village of Vodjanoye in the self-proclaimed Donetsk People's Republic.

"The losses of these units amounted to more than 260 people. In the Marinka region, the artillerymen liquidated about 70 percent of the personnel of the 3rd battalion of the 66th mechanized brigade of the Armed Forces of Ukraine, and in the direction of Soledar, the 15th battalion of the 58th motorized brigade lost more than half of its soldiers and military equipment", adds the ministry.

The Russian military department announced last week that since February 24, after the start of the special military operation, 7.282 foreign mercenaries have arrived in Ukraine - mostly from Poland, Canada, the USA, Romania, Georgia and Great Britain.

As the Kyiv Independent writes, Russian forces attacked Kharkiv during the night. The factory, they say, was hit.

As the Kyiv Independent writes, one of the best Ukrainian pilots, Anton Lystopad, was killed. He was killed in battle, but it is not stated where. Lystopad was named the best Ukrainian pilot in 2019, and last year he led the flight of an air column over Khreshchatyk as part of the celebration of the 30th anniversary of Ukraine. Zelensky awarded him the Order of Courage just a few days before his death.