ZAGREB -- The average net salary of professionals with a university degree increased by 11 percent in five years.

ZAGREB -- The average net salary of professionals with a university degree increased by 11 percent in five years. 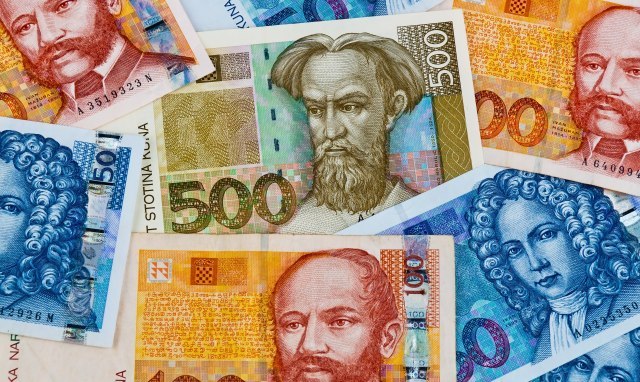 High school workers are the largest group of employees, with a total of 595,000. Their average monthly net salary was about 723 euros, representing a 60 percent share of the average net salary of those with a university degree, Večernji.hr wrote.

According to that, the school does pay off, therefore a university-educated person in Croatia earns about 14,432 euros per annum on average, and a person with a high school diploma about 8607 euros per annum.

Three groups of employees earn more than the national average, those with a university degree, higher education, and highly qualified workers.

A high school diploma brings the payroll check of some 265 euros less than the one with a university degree, or 946 euros, which is the average to some 98,000 employees in Croatia with a high school diploma. Some 10,500 highly skilled workers bring home some 868 euros home at the end of the month.

Constant claims that Croatia chronically needs more highly skilled workers could not be a conclusion given the growth of salaries over the five years; the average salaries of that group of employees increased by only ten percent and was the one with the lowest increase.

Statistics on average salaries could mask numerous differences, depending on the strength of the company and the activity in which the person works, so a skilled worker in pharmacy earns about 1588 euros net per month, in the film industry about 1,455 euros while in the wood industry high qualification brings a salary of mere 608 euros.

The salaries of about 56,000 unskilled workers – some 20 percent - had the fastest growth in the last five years, exceeding 542 euros.

A university degree is most valuable in pharmacy and marketing business, where the average salary of the university graduate is around 1,853 euros net per month. Mining engineers are close to that amount with a net salary of 1,823, while professionals in the production of beverages, banking, production of electrical equipment, repairs and installation of equipment and health care earn 1585 euros each month.

A group of 70,000 people employed in education has a university degree, some 19,000 people working in health care too, then 33,000 in public administration, 24,000 in professional and scientific activities, about 23,000 in the processing industry, about 15,000 in the financial sector, about 21,000 in trade, and about 6,000 in construction all have a university degree.

No staff in craft and liberal professions were included in the analysis of wages and education. The best jobs for those with a high school diploma are found in some sectors of the oil industry, with average monthly net salaries going up to 1,322 euros, in the pharmaceutical industry, where employed people with a medium of education earn around 993 euros, similar to those working in the IT sector.

All those working in health care with a high school diploma will make around 781 euros, in public administration around 807 euros, and in education 582 euros.

Only persons with a secondary school in the leather and textile industry earned less than employees in education – their salaries were ranging from 503 to 543 euros a month.

However, analysis of the Central Bureau of Statistics for the year under review that was published yesterday, the average net salary was about 845 euros, and the data were collected from the annual report presented by relevant companies.