BRUSSELS -- German "Spiegel" came into possession of a secret document, elaborated in the Brussels departments, claiming that a large wave of migrants could be expected

BRUSSELS -- German "Spiegel" came into possession of a secret document, elaborated in the Brussels departments, claiming that a large wave of migrants could be expected 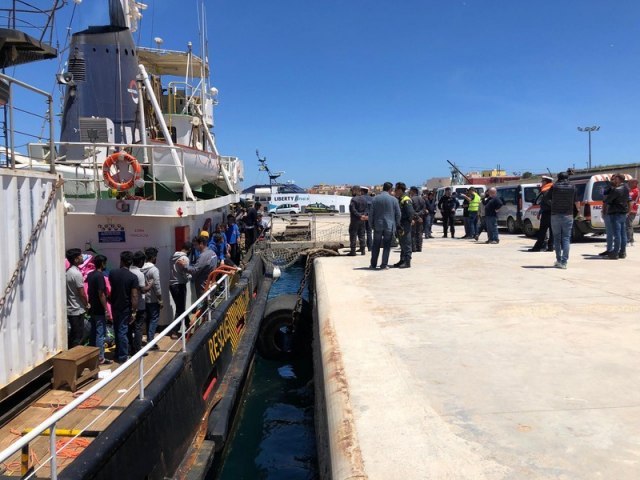 Migrants would head towards Europe from ships off the coast of Libya.

Considering the fact that war is currently raging in Libya, it is realistic to expect that more and more people will try to cross the Mediterranean, heading to Europe, "Vecernji list" reports.

Along with refugees from Libya, a wave of migrants from other African countries is also expected.

For this reason, the document which emerged, developed by the services responsible for the security of the European Union's external borders, states that patrolling in the Mediterranean should be initiated and stepped up as soon as possible. Until the beginning of 2019, "Operation Sofia" was in effect, under which EU Navy ships patrolled the Mediterranean. This operation was downsized during the summer.

Similar operations should now be launched.

The Libyan Coast Guard currently controls only one-third of the country's coastline. If the security situation in Libya further deteriorates and migrants move more massively by sea towards the north, the coast guard will be completely powerless - the document reads.

In this case, Italy will take up the biggest burden. However, it is hard to believe that EU warships could soon return to their previous operation, as such a decision requires unanimous decision by EU member states. Italy and Austria have said they will not vote in favor of such a decision, and so do Hungary and Greece.

Otherwise, the ships were withdrawn last year because no agreement was reached among the EU Member States on who would receive the migrants, as part of the Sofia operation, or which of them will be rescued and brought to the European Union, or Italy, which is closest to the Libyan coast. In the past few years alone, some 45.000 migrants have been rescued and brought to Italy as part of the operation, en route from the northern shores of Africa, but Italy no longer wants to receive so many migrants.

Some time ago, Germany offered to receive a quarter of the migrants rescued, but no final agreement was reached, so the rescue and patrolling action was suspended and Italy closed its ports for migrants.