The administration of U.S. President Joseph Biden is preparing to strengthen Ukraine's armaments. 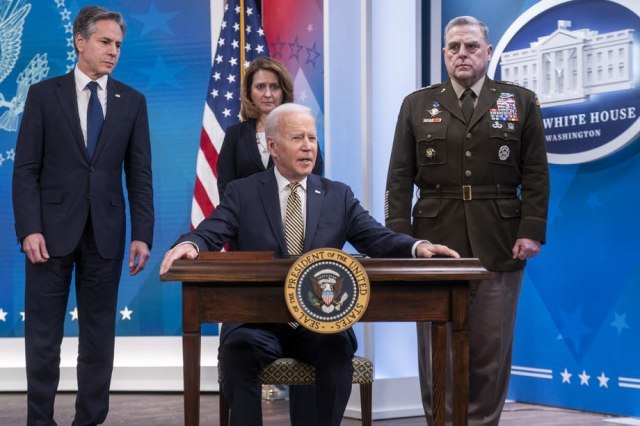 The U.S. administration intends to do that by sending advanced, long-range missile systems, which are now the main request of Ukrainian officials, several unnamed officials said.

The administration is considering sending the system as part of a larger package of military and security aid to Ukraine, which could be revealed next week, CNN reported.

Senior Ukrainian officials, including President Volodymyr Zelensky, have asked the United States and its allies in recent weeks to provide them with a multiple missile system (MLRS).

U.S.-made weapons systems can fire missiles hundreds of miles away, far beyond any system Ukraine already has, which Ukrainians say could change the game in their war against Russia.

Another system that the Ukrainians were looking for was a high-mobility artillery missile, known as HIMARS, a lighter wheeled system capable of firing many of the same types of ammunition as the MLRS.

In recent weeks, the Russian army has hit Ukraine in the east, where Ukraine has been overpowered in numbers and weapons, Ukrainian officials said.

The Biden administration has been considering for weeks whether to send missile systems, due to concerns raised by the National Security Council that Ukraine could use the systems to carry out offensive attacks inside Russia, officials said.