Lukashenko: "I talk to Putin about Serbia almost every time"

President of Belarus, Alexander Lukashenko, says that at almost every meeting with the Russian President Vladimir Putin he discusses Balkans, and thus Serbia. 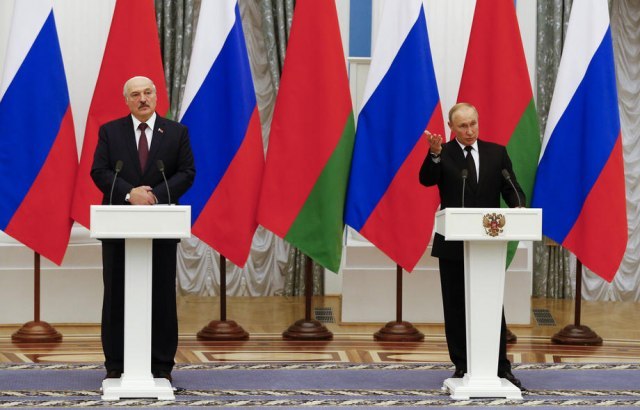 "I have to tell you that I talk about the Balkans at almost every meeting with President Putin. And who do we have in the Balkans? That's right, we have Serbia. It has always been a stronghold of Slavs in the Balkans. It still is", Lukashenko said during a meeting with the president of the friendship group with Belarus of the Serbian Parliament, Dragomir Karic.

"We talk very often about the problems you are facing. We are committed to very good cooperation", the President of Belarus added.

According to the Belarusian news agency BelTA, during the meeting with Karic, Lukashenko stated that the President of Serbia, Aleksandar Vučić, was aware of that and reminded of the recent meeting between Vučić and Putin in Sochi.

"Putin greatly values the people he can rely on. We often talk about Serbia," Lukashenko said.

At the end of November, Vučić talked with Putin in Sochi.