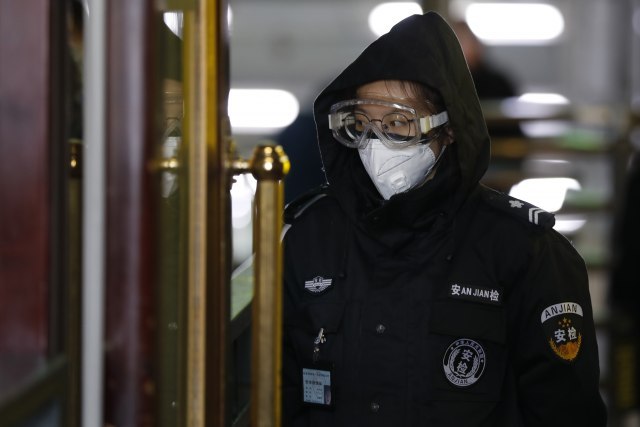 Experts also cannot predict when the epidemic will reach its peak.

One of China's leading government-appointed experts, Zhong Nanshan, predicts that the outbreak of the disease, labelled as "demon" by Chinese President Xi, may peak in early February.

“I estimate that it will reach its peak in around the next week or 10 days, after that there will be no more major increases,” said Dr Zhong Nanshan, the respiratory disease scientist who played the pivotal role in China’s fight against the severe acute respiratory syndrome (SARS) coronavirus epidemic in 2002 and 2003. He is also leading a team of experts to tackle the present outbreak.

He added that China's efforts at early detection and early isolation of the infected were the right measures to take, reports Todayonline.com.

“After doing these two things, we have enough confidence to prevent another peak", Zhong said.

He added that SARS lasted for almost five to six months, estimating that the new coronavirus will not last that long.

However, Doctor Gabriel Leung, Dean of Hong Kong University's medical school, is in sharp disagreement on the potential infection rate of the coronavirus, claiming that we could be faced with the pandemic.

Leung is leading a team of experts using mathematical modelling to predict the spread based on available worldwide data. He said that his team’s research showed self-sustaining human-to-human transmission was already happening in all major mainland cities.

"We have to be prepared, that this particular epidemic may be about to become a global epidemic", Leung said.

The outbreak was expected to peak in April and May, in five major Chinese cities - Beijing, Shanghai, Chongqing, Shenzhen and Guangzhou, before the number of infections could begin to gradually decline in June or July, Dr Leung said.

Director of Chinese Center for disease control, Dr Gao Fu said that he was optimistic that the outbreak’s “turning point” could arrive by February 8 if current disease control protocol is maintained.

He added that he believed that the current measures were working, as the number of suspected cases is decreasing.

Dr John Edmunds, a Professor at the London School of Hygiene and Tropical Medicine who specializes in infectious disease modelling, believes that "no one can predict with any accuracy how long it might take for this epidemic to peak", but that April or May would seem probable.

When Dr W. Ian Lipkin, professor of epidemiology at Columbia University, was asked to comment on the conflicting views about when the Wuhan virus infections may peak, he answered shortly: “I don’t have a crystal ball.”