"A person in Serbia" was the contact of "a controversial businessman" - and of a journalist who wrote a book on corruption in South Africa. 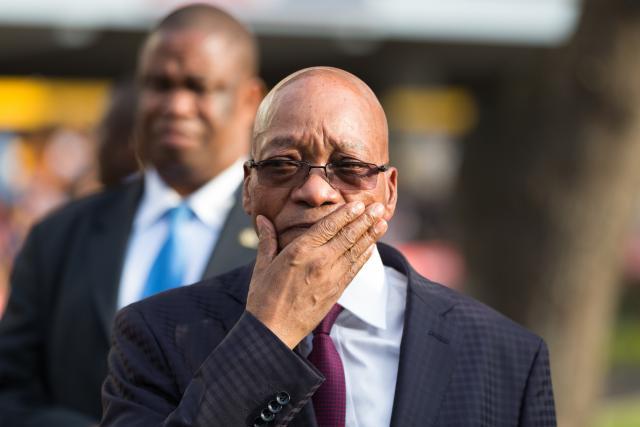 In a report from the trial of Nafiz Modack, who is accused of racketeering and "shady dealings" around the security business in Cape Town's nightclubs, the South African website News24 said that one of the witnesses, a policeman, said there were "several recorded conversations Modack had, including with someone in Serbia."

"The person Modack phoned in Serbia is the same person who gave information for the first few chapters of The President's Keepers," Charl Kinnear, "a police colonel who is investigating fights in clubs," testified on Wednesday.

According to Kinnear, "this shows the relationships the accused has with people in the South African government."

He said that in the recording with the person in Serbia, Modack "alleged he and top Western Cape police official, Major-General Jeremy Vearey, were on the payrolls of controversial businessman Mark Lifman and suspected Sexy Boys gang leader Jerome 'Donkie' Booysen."

The trial also concerns Modack's alleged plans to liquidate some of the heads of the underworld in order to take over the security business in the clubs, as well as the millions owed by Czech millionaire from the 90s and convicted criminal Radovan Krejcir that he wanted to collect.

Krejcir has been mentioned in the British media as "a good friend of Darko Saric, and Dobrosav Gavric, who was convicted in Serbia for the murder of Zeljko Raznatovic Arkan."

Another name mentioned during the trial is that of a Ukrainian man, Igor Russol, who in the past worked for "slain underworld kingpin Cyril Beeka," and who was with Gavric at the time of the assassination.

The book, Jacques Pauw’s "The President’s Keepers: Those keeping Zuma in power and out of jail," deals with networks of power, corruption and the background of President Jacob Zuma's regime.

The first few chapters, for which some of the material allegedly came from "someone from Serbia," speak about about the encounters of the author with a former intelligence officer in Moscow and his information about Zuma's rise to power in 2009.

The book, published in October 2017, describes the creation of "a "mafia state within the state" and accuses Zuma and his associates of fraud, tax evasion, and financial corruption, including a claim that Zuma that receives about USD 70,000 a month "from a private company."

Despite attempts at censorship, the book became an international bestseller, and after the problems with its distribution, appeared in its entirety on the internet.