Putin: If Kosovo could do it, so could Crimea

"It is not borders and state territories that matter, but people’s fortunes," Russian President Vladimir Putin has said. 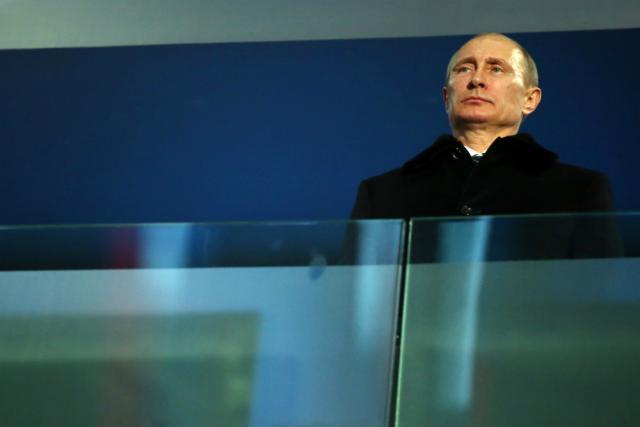 In an interview for Germany's Bild newspaper, he reiterated his position that Russia respected international law in the case of the annexation of Crimea.

"We have not gone to war, we have not fired, not a single person was killed. Our soldiers have merely prevented the Ukrainian troops on Crimea from impeding the freedom of expression of the people. In the referendum - which was still decided to take place by the Crimea’s old parliament - the majority of citizens voted for belonging to Russia. This is democracy, the people’s will," he said.

When asked "what about international law," Putin responded: "Of course one always has to follow international law. This was also the case in Crimea. According to the Charter of the United Nations, every people has the right to self-determination. Just take Kosovo: back then, UN bodies decided that Kosovo should become independent of Serbia and that the interests of Serbia’s central government had to be subordinated. You can read that in all the records, also in the German ones."

"Kosovo declared independence and the whole world accepted it, but what was the cause for that? It was a decision of (Kosovo's) parliament. They didn't even hold a referendum," Putin has been quoted as saying.

When the interviewer said that "prior to that, the Serbian central government waged war against the Kosovo Albanians and drove thousands of them away," Putin replied:

"The fact is that there was a long war in which Serbia and its capital Belgrade were bombarded and attacked with missiles. It was a military intervention of the West and NATO against the then rump Yugoslavia. Now I’m asking you: if the Kosovars have the right to self-determination, why should people on Crimea not have it? I would say: everyone should comply with uniform international rules and not want to change them any time one feels like it."

He reiterated that the reunification of Crimea with Russia was "just."

Speaking about sanctions against his country, Putin said: "The West’s sanctions are not aimed at helping Ukraine, but at geo-politically pushing Russia back. They are foolish and are merely harming both sides."