Zeljko Kuntos, who was arrested on Tuesday in possession of the original Dayton Agreement, was offering this document for sale for about 50,000 euros. 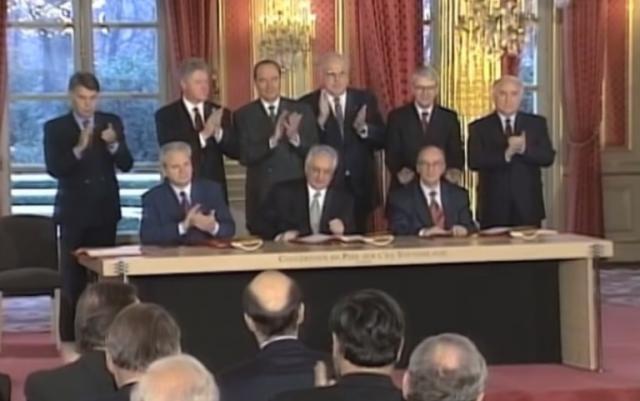 The signing of the Dayton Peace Accord (file)

Kuntos was hiding the original, in English, in his home in Pale, and he offered it for sale for the purpose of acquiring unlawful material gain, reports said on Wednesday.

The Sarajevo-based website Klix said it was still unknown "whose version" of the peace agreement that in 1995 ended the war in Bosnia was discovered by the police of the Serb entity, the Serb Republic (RS), during the search of Kuntos' house.

The RS Interior Ministry (MUP) said they could not provide any more details about the police operation, and said the entity police will issue a press release.

The story about the disappearance of the Bosnia-Herzegovina copy of the Dayton Peace Agreement emerged in 2008, when the original document was found to be missing from the BiH Presidency Archive in Sarajevo.