President of Serbia, Aleksandar Vučić, says that the Albanians plan to take Valač in the municipality of Zvečan in the next period. 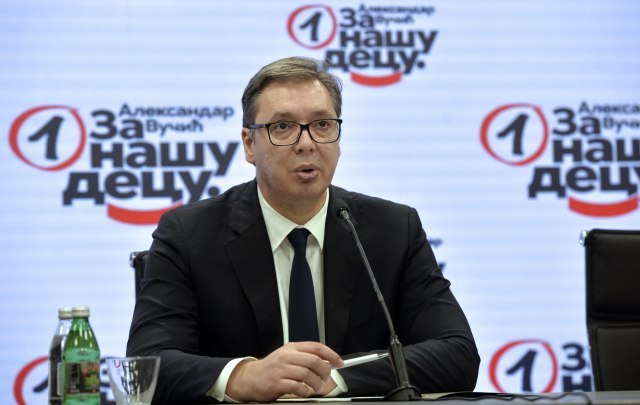 "That would be catastrophic, terrible news for our people," said Vucic.

He added that he was very worried about their words, and that the Albanians from Kosovo showed that international agreements did not apply to them.

"I'm not sure it will be good news for them either. He has to think well about his decisions. We have nowhere to go, we can only make forced moves, not through our own fault," he said.

In the previous days, there was an announcement in the media that there is a danger that Kurti will use the situation to control the Valac substation, through which more than 85% of the electricity comes to the north of Kosovo and Metohija and to the Gazivode reservoir. They could try to take those stations with such an operation as was carried out at the border crossings. As for other threats, he says that he is sure that they are planning that, as they are waiting for November 6 for a "certain" reason, planning to take over "Valac" in the next period.

As he says, the Brussels agreement is important, precisely so that they would not be in a situation like today, "but they were grossly mistaken if they think it suits them."

Vučić answered the question of the journalists to comment on the fact that the USA says that Priština must fulfill its obligations, including the formation of the CSMs, while the Assistant Prime Minister of Kosovo Beslimi said that there will be no formation of the CSMs and announced in a conversation with Borrell that Pristina and Kosovo police continue with operations.

He also reminded that Beslimi was always louder than Kurti in that, he always said that it did not cross his mind to fulfill the norms from the Brussels Agreement.

President Aleksandar Vučić stated tonight that he personally does not see a problem in the participation of boxers from Priština in the championship in Belgrade, and that the objections of the German ambassador to Priština on that occasion show how little some need to express their devotion to some and dislike for others.

On the conclusion that Albin Kurti protested because of the boxer from the so-called Kosovo was stopped on the administrative line, and the German ambassador in Pristina commented on that, saying that it was "a closed rather than an open Balkans", and that Serbia should be punished, Vučić replied: "It's nice that the German Ambassador didn't react when Red Star juniors were forbidden to cross the border, the youth of the clubs, who just wanted to play football."

He said that he did not know what the problem was, since they came to central Serbia and there were no special problems, and that people from the Boxing Association told him that boxers from Pristina did not register or they just made a performance at the administrative crossing.

"It does not matter. If they had asked me, I wouldn't have any problem for them to participate in the sports competition", said Vučić.

"I want to thank German Ambassador for warning us. That is why we will insist even more on the Open Balkans, even though some ambassadors from Pristina would like to create a Closed Balkans," Vucic said.

He added that in a few days, upon his return from Glasgow, he would meet with Edi Rama and Zoran Zaev, in order to continue the cooperation within that initiative.

"It all shows how little it takes for some to show political commitment to one or dislike for another side when it comes to petty, unimportant things," Vucic said.