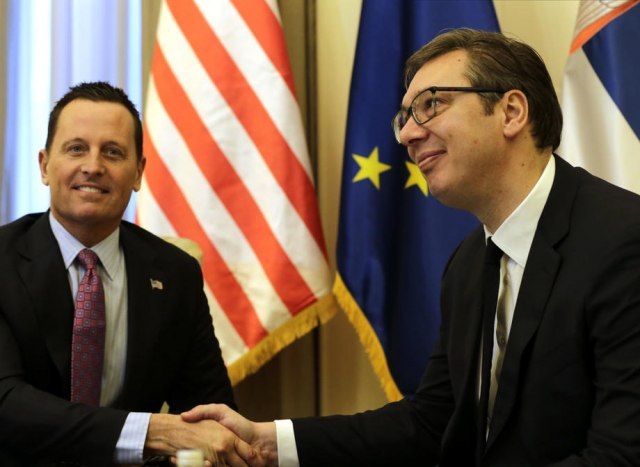 After signing the joint statement, addresses of the participants are planned.

You will be able to watch LIVE broadcast on TV B92 and B92 net.

Meetings of representatives of Serbian chambers of commerce and the so-called Kosovo with the special adviser to the President of the USA Richard Grenell and the delegation of the U.S. International Development Finance Corporation, DFC officially started today at the US Embassy in Belgrade.

Boehler will be joined by Special Advisor to the US President, Ambassador Richard Grenell; Deputy Administrator for the U.S. Agency for International Development (USAID) Bonnie Glick; President and Chairman of the Export-Import Bank of the United States (EXIM) Kimberly Reed; and other senior government officials from the U.S. Departments of Energy and Commerce. The delegation will hold meetings with senior government officials and private sector leaders.

DFC will lay the groundwork for opening an office in Belgrade to facilitate implementation of projects that will support economic growth in the region. DFC and EXIM recently signed Letters of Interest (LOIs) with Serbia and Kosovo to help finance the important projects identified in the September 4 agreements.