What kind of proposal does Lajcák bring to Belgrade today?

President of Serbia, Aleksandar Vucic, will meet today in Belgrade with the EU Special Representative for the Belgrade-Pristina Dialogue 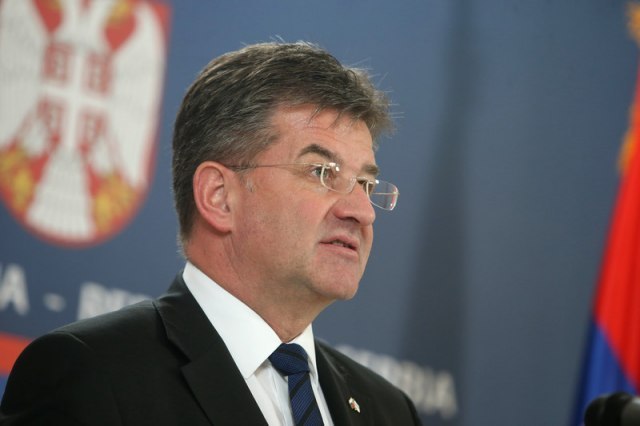 As it was announced from the Media Service of the President of the Republic, Vucic and Miroslav Lajcák will meet in Villa Mir at 6 pm, and after the meeting, a public address is planned.

The impatience, which he showed by arriving only a day after the elections in Serbia, speaks of Brussels' haste to start the dialogue from the deadlock and achieve some result that would go to the EU's advantage, Tanjug agency reports.

Judging by Lajcak's statements, this diplomat, whose experience is praised in Europe, has bigger ambitions - to bring this dialogue to an end.

"My mandate is very clear, to help reach a legally binding agreement between Kosovo and Serbia, which will normalize relations and solve all problems and which will be acceptable to the countries within the region and EU member states," Lajcak said in Pristina, where he was last week. .

For such a great result, the European Envoy and a good connoisseur of the circumstances in the region will certainly not have enough ambition and diplomatic experience, if he has nothing to offer as an acceptable solution, primarily for Belgrade.

According to President Vucic's expectations, Brussels' offer is that Serbia does not oppose Kosovo's entry into the UN in exchange for Serbia's uncertain EU membership. President Vucic has already given the answer to such a proposal - "It will not be possible".

As for the topic of today's conversation, Lajcak announced that after the talks in Pristina and Belgrade, he would define the issues that the two sides would discuss, and Vucic expects that technical-methodological-formal proposals and implementation of already signed agreements will be discussed again, without any substantive proposal.

However, it is unlikely that today's conversation will be limited to these, already worn out, topics.

Namely, Lajcak is coming to the negotiating mission in Belgrade at the moment when his colleague, US Envoy Richard Grenell, scheduled a meeting with the leaders of Belgrade and Pristina in the White House on June 27, and before him, Russian Foreign Minister Sergei Lavrov brought some information to Belgrade, which made Vucic, as he himself said, additionally worried about the pressures that Serbia can expect regarding the solution of the Kosovo problem.

The fact that Lajcak states that the EU and the USA are working closely when it comes to the Kosovo problem and that they expect close cooperation in the dialogue between Belgrade and Pristina, although it is known that Washington did not even inform Brussels about the meeting announced for June 27, which is a result of misunderstanding between Trump administration and the EU on some issues, and above all Germany, this is not of crucial importance for Serbia.

Both Brussels and Washington want the result, and both centers will use all the means of pressure available to them to achieve that result.

Serbian President should deal with these pressures and try to find the most favorable solution for Serbia.

Strengthened by the support that his party gained in yesterday's elections for the policy he leads, he will try to get the best for Serbia in the coming talks, today with Lajcak in Belgrade, tomorrow in Moscow, and on June 27 in the White House.