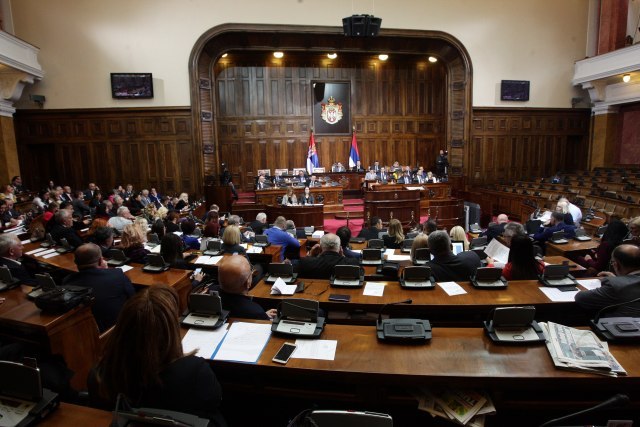 According to him, more information is expected by tomorrow about the alleged spy affair.

"Chief Commander is gathering information and I expect him to call and bring together all intelligence and counterintelligence chiefs, as well as the Chief of the General Staff of the Serbian Armed Forces, tomorrow," Vulin said.

"The situation is serious and the Commander-in-Chief will reach conclusions after careful and thorough consideration", Defense Minister Aleksandar Vulin told Tanjug when asked what he could say about the alleged espionage affair.

"What I would personally add is that there are certain things for me that are indisputable, but I am sure that behind this affair lies the attempt to distance Serbia from the policy of remaining military neutral. I believe in the fair, insightful and independent decision making of Aleksandar Vucic", Minister Vulin said for Tanjug.

Tanjug also reported that Vulin had urgently left the session of the Serbian Parliament.