Vucic for "Financial Times": They are more honest now 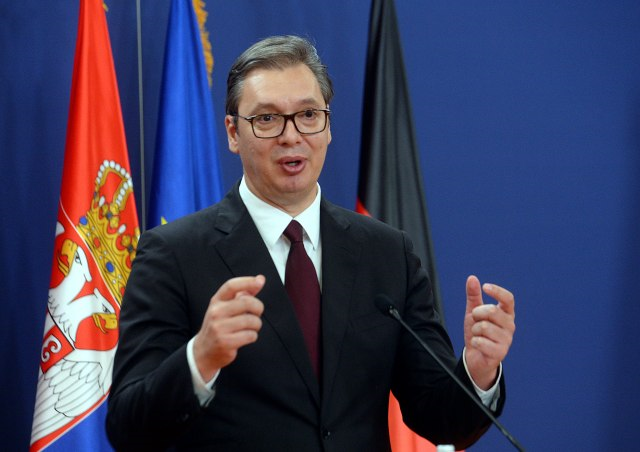 President of Serbia, Aleksandar Vucic stated this, adding that the only responsible approach is to rely on ourselves.

Such a decision, despite reform efforts taken by Albania and Northern Macedonia, made it clear to the region that "it is not all up to us", Vucic said in an interview given to the Financial Times, entitled "Balkan nations bank on regional ties after EU snub".

"They always said, 'It all depends on you, on the pace of your reforms ... Now they are fairer. At least they say, it's not up to you", Vucic said, and then asked:

"What can I do, cry and embark on hunger strike in front of the Berlaymont building?", implying to the office building in Brussels which houses the headquarters of the European Commission.

"I will not do this, no one will do it", President Vucic said.

Vucic sees EU's refusal to start accession talks with the two Balkan countries as vindication of Belgrade's closer links to Russia and China.

Belgrade, as noted by a prominent British newspaper, is ready to sign a free trade agreement with the Eurasian Union on Friday and is also in favor of further regional integration.

"We have to take care of ourselves. That's the only way, that's the only approach. Anything else would be irresponsible", Vucic said.

The British newspaper notes that such comments could reinforce fears that the EU is losing influence in the Balkans since Union leaders did not agree to start talks with Skopje and Tirana at a summit last week.

President Vucic also said that the Balkans should do much more to strengthen regional co-operation.

Last week, Vucic signed a declaration on Schengen-based co-operation agreement with the Prime Ministers of Northern Macedonia and Albania, which envisages free movement of people, goods, capital and services between the three countries, British paper recalls.

The declaration calls on other countries in the region to join, with the intention to create a common market of 18 million people.

Vucic said that commitment to the agreement was strengthened by failed negotiations to expand the European bloc.

In the past, he said, Serbia's neighbors were not interested because they expected much more from the EU.

Now, as Vucic said, they see that "we must first turn to each other, of course, staying on the EU path, without expecting charity from anyone".

Vucic added that he is ready to adjust value-added tax rates and investment incentives with Albania and Northern Macedonia, which, he said, will contribute to creating a market of 12 million people between the three countries.

The British newspaper recalls that Serbia opened pre-accession negotiations with the EU in 2014 and concludes that the bloc considers it less prepared for membership than Northern Macedonia.

Vucic's policy of regional co-operation and strong balance of the great powers resembles geographical calculations made by Yugoslavia, which was also the founder of the Non-Aligned Movement, even though that country was much larger than Serbia today.

However, regional mistrust and bilateral problems have accumulated during the wars, following the breakup of Yugoslavia, and will present a challenge for establishing deeper co-operation, "Financial Times" concludes.