The early parliamentary elections in Kosovo and Metohija are over, and after the polling stations close at 7 p.m., the vote count followed 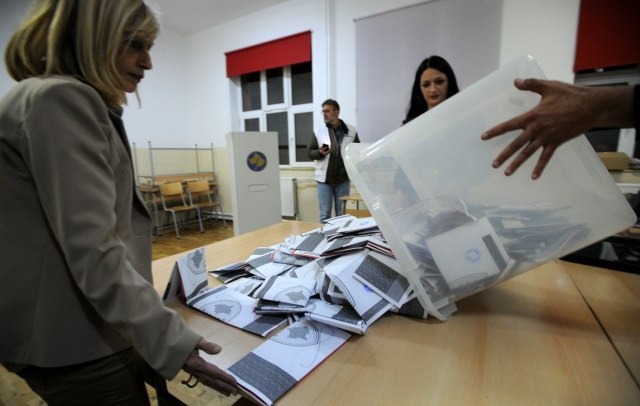 According to the Central Election Commission, a total of 1,972,466 voters were registered with voting rights, out of which 117,808 are in ten Serb-majority municipalities. There are 58,187 voters registered in four municipalities in northern Kosovo and Metohija.

Kosovo Central Election Commission (CIK) said that after 80.57 percent of votes counted, the opposition Vetevendosje party took the lead with 26.91 percent. Serb List had won 5.96 percent of votes of the total turnout on Kosovo and Metohija. As Central Election Commission said, the second place by number of votes won belongs to the Democratic League of Kosovo (LDK) with 25.03 percent, followed by the Democratic Party of Kosovo (PDK) with 21.17 percent. The turnout was 44 per cent. The close result means the country will have a coalition government.

Serbian President Vucic praised the Belgrade-backed Serb List party, which he said had won 98 per cent of votes in the mainly ethnic Serbian town of North Mitrovica, and over 90 per cent in all the other Serb-majority municipalities in Kosovo. “Serb List has won its most convincing victory in its history. This is one of my favorite wins, because it happened under the most difficult conditions”, Vucic said.

Coalition the Alliance for the Future of Kosovo (AAK) and the Social Democratic Party (PSD) won 11,63 percent of votes, while NISMA- New Kosovo Alliance (AKR) won 5.03 votes, according to the preliminary results.