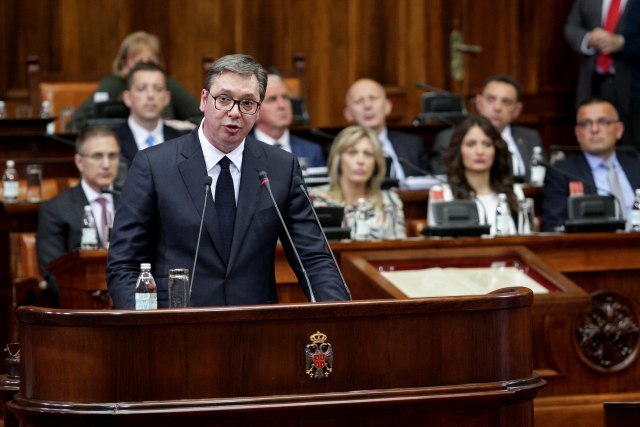 As Tanjug was told in his cabinet on Tuesday, Vucic has asked Western political centers to restrain Pristina, and made it clear that Serbia will not allow ethnic cleansing to take place in Kosovo and Metohija.

At the same time, every kind of assistance and support is expected from Serbia's allies, Russia and China.

Vucic will speak about the details of this situation in the Serbian National Assembly on Tuesday, as a special session dedicated to Kosovo and Metohija continues.