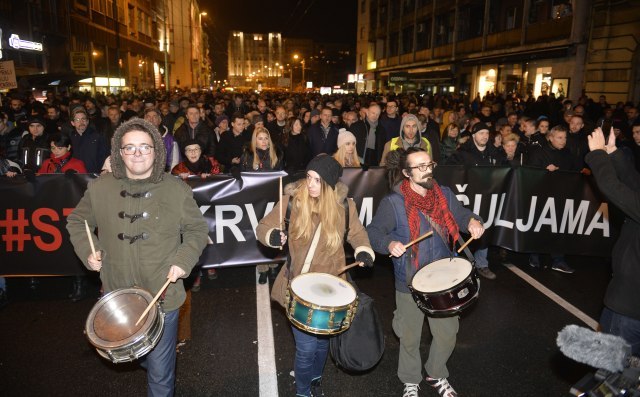 The protest organizers announced this on Friday.

They said that the participants would walk from this location via Makedonska, Svetogorska, Takovska, and Kralja Milana streets to Slavija Square.

The fourth protest, organized initially because of an attack of the Left of Serbia leader Borko Stefanovic, will hear addresses from actor Branislav Trifunovic, journalist Srdjan Skoro, and Rakita local self government head Desimir Stojanov.