Untying the "Kosovo knot" has been the focus of attention domestically for months, and it seems a final deadline for a final agreement has come from Brussels. 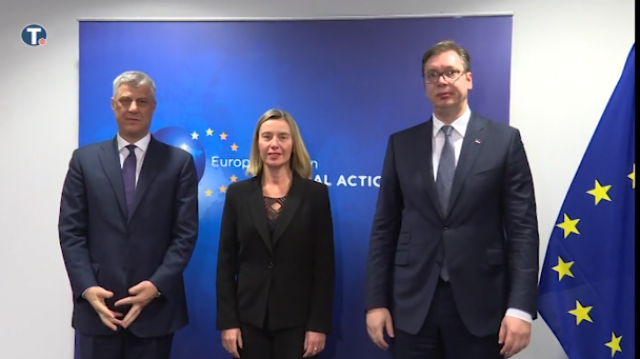 Although political figures in high-ranking state posts often mentioned various deadlines and suggested dates for a final solution, given the current situation in both Belgrade and Pristina, their eyes are more than ever on the EU.

On the one hand, the Serbian political leadership faces, probably unexpected to them, resistance in an attempt to find a solution to the Kosovo problem, while the proclaimed idea - whether referred to as delimitation, land swap, or some other geopolitical term - does not seem to be grounded strongly enough in the public to be made an official proposal.

On the other hand, the Pristina authorities, led by the prime minister of the self-proclaimed state, Ramush Haradinaj, are looking for any possibility to take over the negotiating rudder away from Hashim Thaci, whose legitimacy to be in that position is being talked about for months.

Bearing in mind all the factors, announcements and statements that have been indicating that the Kosovo knot might be untangled this year are becoming ever less realistic, which certainly does not meet with the approval of primarily Brussels, given that the mandate of this composition of the European Commission will end in May 2019.

Also, the principle of "not transferring" and "not introducing" problems into their own, and especially a new yard, that we have had the opportunity to see in the messages coming of Brussels saying the issue of Kosovo and Metohija must be resolved before Serbia gets a chance to join the EU - all tied to the failure of the Brussels administration when it comes to Cyprus - can also apply to the dialogue between Belgrade and Pristina.

As a reminder, the story began during the mandate of EU foreign policy chief Katherine Ashton, whose role as the main mediator in the talks that have been raised over time to the presidential level had been taken over by Federica Mogherini.

She recently in Vienna "expressed hope" that the dialogue between Belgrade and Pristina could be finalized by the end of the current mandate of the current European Commission, and stressed that she "supports every solution that the two parties arrive at."

"I believe that we are all committed to finalizing the dialogue in the months ahead, before the end of the mandate of the European Commission," said Mogherini, who will certainly not remain in that position for the next term.

In a diplomatic tone she also answered the question of what she thinks about the idea of ​​changing the borders.

"European history, as you know, is based on overcoming of ethnic national states," Mogherini said.

That May next year probably is the last deadline for resolving the issue of Kosovo and Metohija, at least from the point of view of the European Union - to whose membership aspire all the countries of the so-called Western Balkans, including the unrecognized state of Kosovo, whose existence is denied by some members of the European Union itself - has also been confirmed in a roundabout diplomatic manner by EU Commissioner Johannes Hahn.

"This is not because it is the end of the Commission's mandate, but it would be beneficial if it could be concluded by, let's say, next year's summer, in order to launch new steps," Hahn said of a possible agreement.

What the European Parliament will look like - and therefore the European Commission, as well as other bodies of the European Union - is not quite certain, while the elections scheduled for May 23-26 next year might bring about serious changes to the Brussels administration, given the growing dissatisfaction among many EU members with its performance.