"Serbia is in no hurry to recognize Kosovo independence"

Kosovo president Hashim Thaci said that he was against ethnic borders but he also wasn't naive. 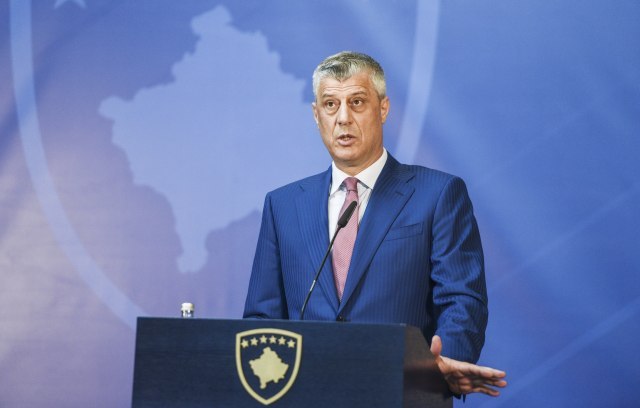 That was his reply when he was asked to clarify "border correction" and whether it involved territory exchange.

In an interview for European Western Balkans (EWB) Thaci said that "he knew Serbia is in no hurry to advance towards the inevitable recognition of Kosovo independence."

"You would like to keep the status quo but that situation is becoming untenable. We have to define our bilateral relationship, state borders and end with UN seat for Kosovo," Thaci said.

He added that these goals are the reason "our Western partners are open for creative an advanced solutions."

Thaci said that Kosovo was committed to implementing Brussels agreements. He reflected on forming of the Community of Serb Municipalities (ZSO) and accused government in Belgrade for hindering the process.

"Several times we have waited for months for Serbian community experts to draft the ZSO statute that is based on the current Constitution of Kosovo per the Brussels agreement," Thaci said.