Serbian Prime Minister Ana Brnabic said on Monday she was unpleasantly surprised by a statement made by Slovenia's president. 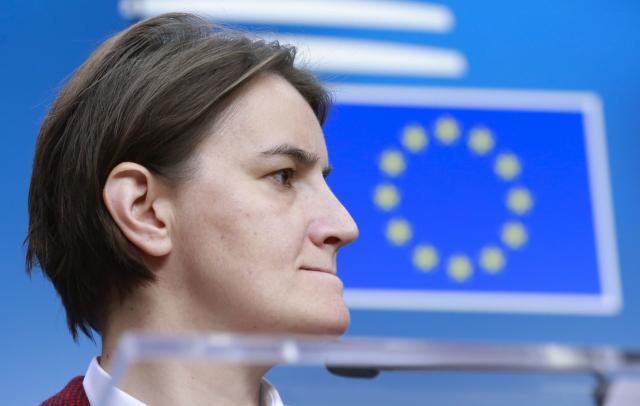 Namely, Borut Pahor said that his country would "try to influence the five EU member-states that have not recognized Kosovo, to do so."

According to Brnabic, who recently led Serbia's delegation taking part in a joint session of the two governments held in Slovenia, this statement was "not in line with good and friendly relations."

This issue, she continued, was not mentioned during her meeting with Pahor, that was "long and open."

"At that meeting, I made a request that they, as a country that has recognized the unilateral declaration of independence of Kosovo, influence Pristina to respect the agreements it has negotiated and signed," Brnabic told reporters.

The prime minister welcomed the fact that Slovenia "called on Pristina to implement the Brussels sgreement, with an emphasis on the formation at last of the Community of Serb Municipalities."

The prime minister also said that she "should discuss this" with her Slovenian counterpart Miro Cerar - stressing that statements such as Pahor's do not contribute to cooperation, regional trust, and adding that she "sees no reason for Slovenia to interfere in this."