"RSHC's Russian staff should be treated as humanitarians"

President Tomislav Nikolic says he has discussed Russia's request concerning its staff in the RSHC with Prime Minister Aleksandar Vucic. 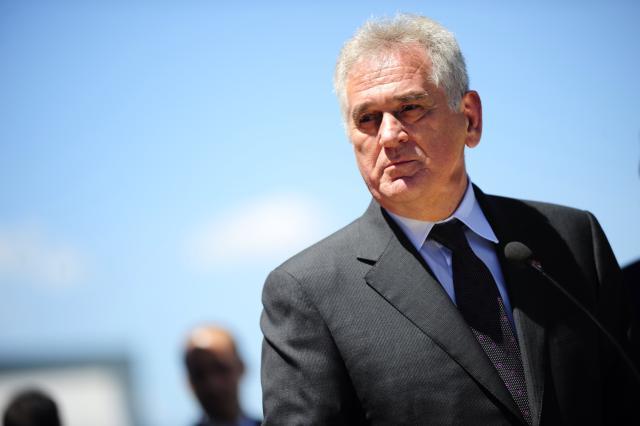 Nikolic said that while the government will make a decision, he personally thinks the employees of the the Russian-Serbian Humanitarian Center (RSHC), located in Serbia's southern town of Nis, "should be treated the same as members of other organizations engaged in similar activities."

Nikolic told the daily Politika that it has been agreed that the government should explore the rights and obligations of the state toward humanitarian centers and their staff, and make "a right decision, in the interest of Serbia," after that.

"I personally think that if the center's activities really are exclusively humanitarian, there is no obstacle to treat its employees the same as members of other organizations engaged in similar activities," the president said.